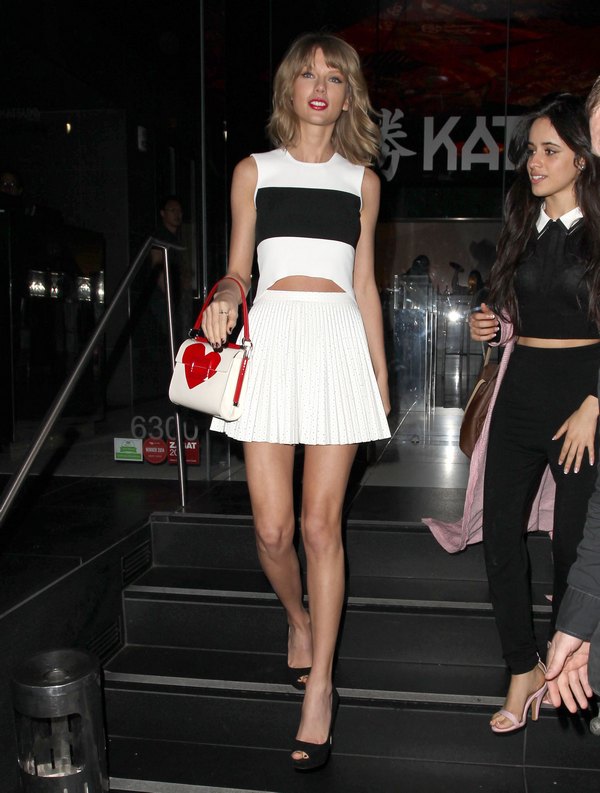 Calvin Harris and Taylor Swift are dating, which marks the first time in over a YEAR that Taylor Swift has an official boyfriend. However, a new report from OK! Magazine claims that Calvin Harris is already worried about becoming a target of Taylor’s infamous revenge songs.

A source tells OK! Magazine, “It was the white elephant in the room, but it’s been on his mind, so he confronted her about it last week, telling her he doesn’t want her to do that to him. [Calvin] doesn’t want to join the ranks of Swift refugee boyfriends who’ve been humiliated by one of her revenge songs.”

However, the source also adds, “He thinks she’s an incredible musician who should use her intellect and channel positive energy into her songwriting, versus mundane lyrics about boys.”

Well, there’s a sure-fire way to get Taylor to never write a song about him – just compliment her and distract her. By using her skill set against her, Calvin is [very smartly] playing on her desire to be taken seriously. Taylor Swift is famous for writing revenge songs and singing revenge lyrics, but eventually, it’ll all start becoming a joke – if it hasn’t already. I mean, Taylor already spent more than a year being single because she was sick of the public humiliating her and she didn’t want to have that public image. In the same way, I think she knows that she needs to stop writing revenge songs and lyrics if she wants to be taken seriously, which she obviously does.

It’s possible that Calvin Harris will be her first amicable breakup, but it’s much too early to say that for sure. Either way, let’s hope that Calvin’s convinced her that breakup and revenge songs are not the best way to go about things, no? Let us know your thoughts in the comments below.