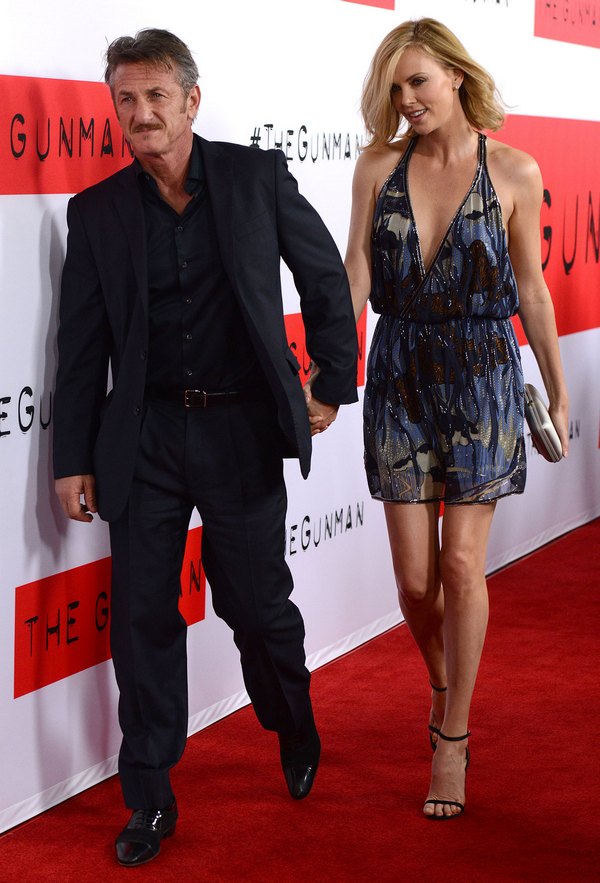 Charlize Theron has been dating Sean Penn for a significant amount of time, enough time that we know it’s not just a fad or passing phase. In fact, in a new interview with Esquire Magazine [via US Weekly], Charlize sings Sean praises in every which way, from his looks to his intellect to their friendship.

In one such answer, Charlize explains, “I’m a very, very, very lucky girl. Very lucky. He’s hot. He is hot. How do you say that in an interview? You’re a forty-year-old woman sounding like a sixteen-year-old. There’s something beautiful about that, but you lack the articulation of really saying what it’s like when somebody walks into your life and makes you see something that you really never thought you’d be able to see. If somebody had said to me, ‘This is what it will be,’ I would’ve said, ‘F— off.’ As you can see, it makes me smile.”

Well, it’s clear that Charlize and Sean are very, very happy, and Charlize even says as much. She also adds that she’s never had a relationship that began as friendship, with the weight of history and expectations that come with that. She admits that she and Sean have known each for twenty years and been friends for twenty years, and that even their respective ex-spouses used to ‘be in each other’s lives’.

In my opinion, it’s strange to date people when you’ve been friends with their significant others [and perhaps still are], but this is Hollywood – what applies to us plebeians doesn’t seem to apply to these movie stars, probably because there’s such a small pool of them that they have only each other to date.

What do you guys think about Charlize Theron calling Sean Penn ‘hot’, and how much she praises him? Let us know your thoughts in the comments below.