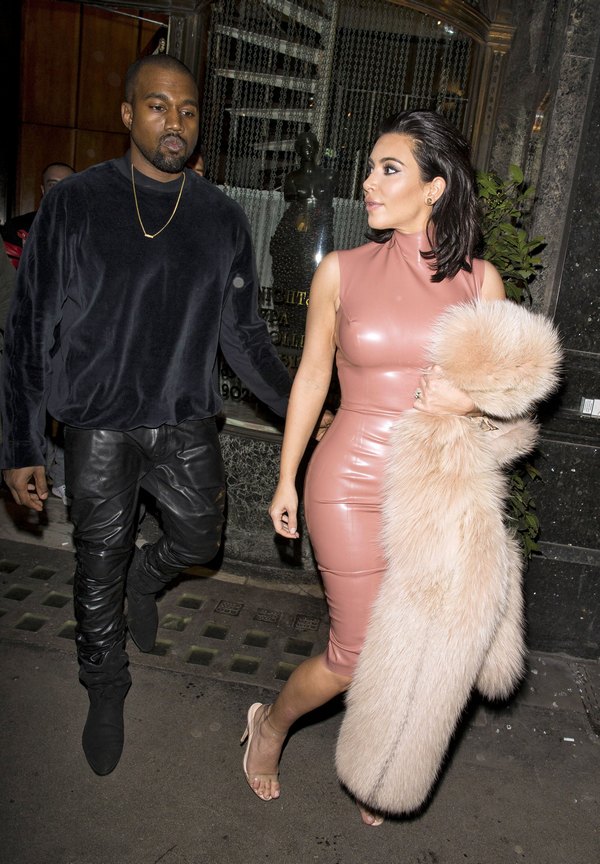 Kim Kardashian and Kanye West are supposedly renewing their vows in Paris, because of course they are. It doesn’t matter that they’ve only been married one year, because if it’ll cause a spectacle, they have to do it.

According to the report [originating from the Daily Star], Kanye West has reportedly been organizing the ceremony, and apparently, the only invitees are Kim Kardashian and their daughter, North West. Uh-huh.

The Daily Star’s source goes into detail about the ceremony, explaining, “Kanye has even gone the extra mile and lined up a priest to conduct the afterhours ceremony in French and English. Plus, he planned a midnight cruise in a flower-festooned boat for Kim on the River Seine, accompanied by a string quartet and opera singers. They [Kim and Kanye] couldn’t imagine anywhere more romantic to celebrate one year of married life.”

You know, NONE of this surprises me, and it wouldn’t surprise me if Kanye somehow managed to find a way for the media to show up and document it – if only to show what a wonderful husband he is. You think he would do all this just for Kim Kardashian?

There’s no way he’d go to such trouble if he thought that nobody would find out about it. But lucky for him, people are good at guessing his ridiculous penchant towards going excess on every major occasion. Kim and Kanye could have renewed their vows in a simple, romantic ceremony – but no, they need a priest, a midnight cruise, a string quartet, and opera singers; this is normal for the Kardashian – West clan.

What do you guys think about Kim and Kanye supposedly renewing their vows in Paris? Do you think that there’s any truth to the story, or is it just a bunch of crock? Let us know your thoughts in the comments below.