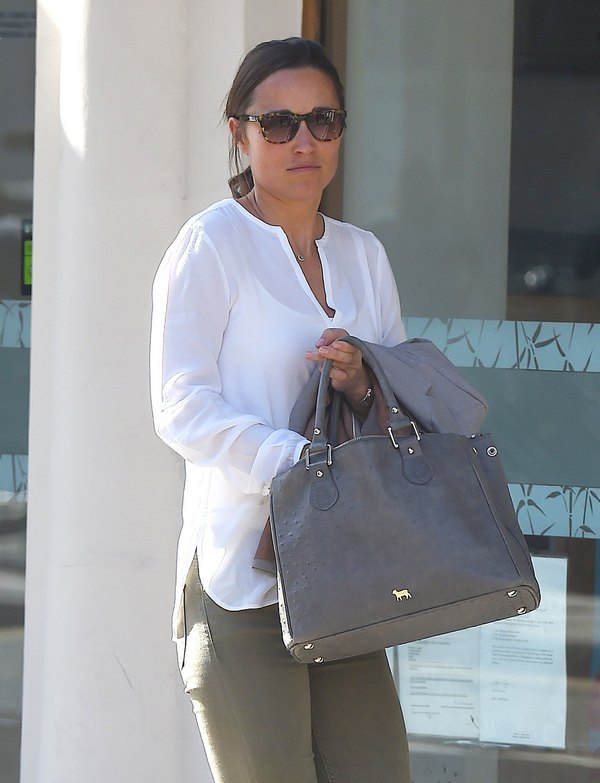 Pippa Middleton isn’t the most strategic person in the world, since she really should have known that writing about whale meat in the Telegraph would gain her a severe amount of backlash and a whole new sect of haters.

As we all know [or perhaps don’t know], Pippa Middleton writes a column for the Telegraph focusing on travel, largely thanks to her royal pedigree. As Kate Middleton’s sister, she’s managed to ride through job after job on her sister’s coattails – including this one. However, Pippa made a gigantic error in assuming that everything she writes would be received well, especially in her latest article documenting a recent ski trip to Norway.

In fact, in an almost throwaway sentence, Pippa noted, “white whale tasted similar to smoked salmon but looks more like venison carpaccio.” And I guess she just conveniently forgot – or didn’t know – that whale meat is actually banned in the US, UK, and most other countries [obviously not Norway]. But you’d think that like a proper journalist, Pippa would do her research and NOT write about eating whale meat, right? Wrong.

A spokesperson for PETA UK already released a statement on Pippa’s idiotic comments, writing, “Pippa is not known for common sense or compassion, but it still beggars belief that anyone, let alone someone from a country like ours, where whale meat has long been banned, could be oblivious to the uproar over Norway’s slaughter of these gentle giants. Does she think or read? What’s next, a panda steak or an elephant canapé?…”

Harsh? Maybe so, but it’s criticism that would be equally as harsh targeted towards anyone else. PETA doesn’t hold back on condemning celebrities that cross their ire, and in this case, their anger is completely justified. If Pippa wants to be taken seriously, she really needs to start doing research before posting or writing this sort of thing.