Cara Delevingne Becoming Alcoholic – Drinks Tequila When She Wakes Up 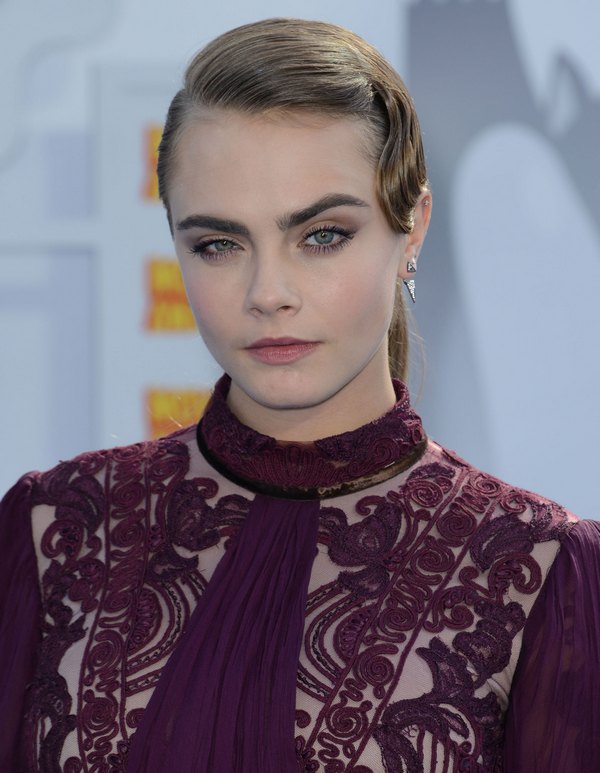 Cara Delevingne has quickly become one of the most famous models in the fashion industry, and she’s also developed quite a passionate fan following. However, her reputation has always been one of an extremely crazy wild-child that parties a lot and does a lot of drugs, and several reports support that. For example, the latest report from Star Magazine claims that Cara has recently been waking up and drinking Tequila every morning.

A ‘friend’ tells Star, “She sometimes drinks tequila as soon as she gets up and uses the excuse that she’s jet-lagged. Cara blames her crazy schedule for her love of alcohol – it’s really becoming a problem.”

Is Cara Delevingne becoming an alcoholic, or is her love for drinking genuinely due to her ‘crazy schedule’? We’ll find out soon enough, especially since Cara has settled into Toronto to film ‘Suicide Squad’ for a few months, at least. She won’t be living her jet-setting modeling lifestyle, and she won’t be able to use traveling to excuse her drinking. In fact, this ‘friend’ says as much, adding, “She won’t be able to use the time zones to justify her tequila-infused antics. Shoots start early in the morning, and since she’s in the big leagues, she has to clean up her act or risk being labeled unreliable.”

Well, she’s shooting covers for Vogue Magazine, she’s doing catwalks for major A-list designers, she’s starring in studio films, so yeah – she’s in the ‘big leagues’. And we know that these days, there’s no room for unprofessional behavior in the big leagues. Twenty years ago, you might have been able to get away with being an alcoholic or drug addict on film sets, but not now, when there are cameras, media sniffing around 24/7, and reputations to consider.

What do you guys think? Is Cara Delevingne becoming an alcoholic, or is her drinking all circumstantial? Let us know your thoughts in the comments below.