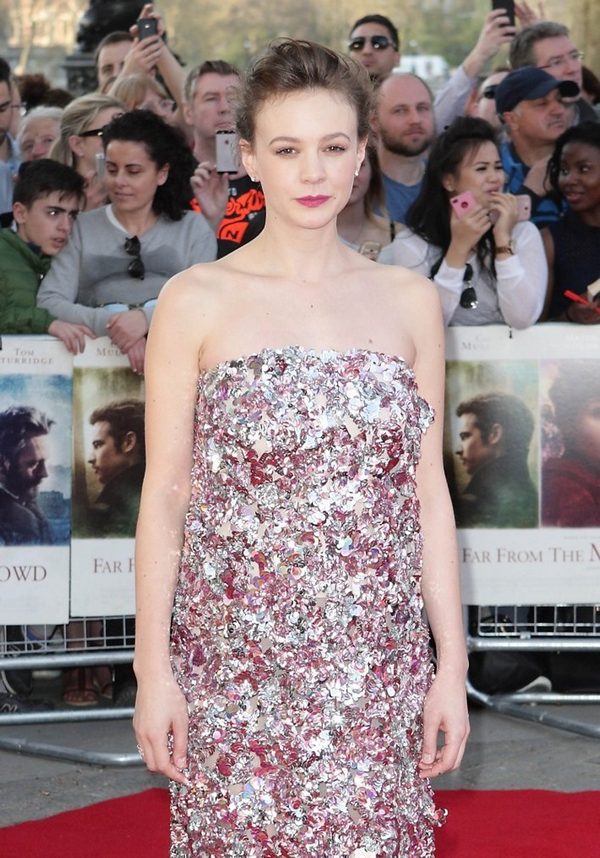 Carey Mulligan is one of the best actresses of our generation, and a large part of that is because she doesn’t front like she doesn’t care. She cares about her work, her roles, and her acting, but she definitely doesn’t care about the media, the publicity, and the famewhoring aspect of being a celebrity. It’s one of the reasons she’s so eternally watchable on screen, and it’s also why her recent Vogue Magazine profile is so interesting.

Many, many actresses say they don’t want to be famous, but when Carey says it, you actually believe her. The way she describes it to Vogue, “I have always felt that the less people know about me, the better. The more similar you look job to job, the more they relate to you from your previous roles. That’s why I’ve done loads of really stupid things to my hair in the past to try to not look the same.”

Think about her in all her different roles – The Wolf of Wall Street, the Great Gatsby, An Education, Drive, Shame – the recurring thread is that she looks different in almost all the roles, and that’s because she IS different in all the roles. And recently, Carey’s also been going out of her way to land roles that showcase women in a better light – i.e., roles that aren’t just thankless girlfriend/wife roles, as she was in The Wolf of Wall Street and Drive. She’s been waiting longer in between roles, but as she explains, “Given the choice, I’d rather not play accessories. And waiting for the non-girlfriend/wife thing usually takes a decent amount of time.”

Can you imagine how much better Hollywood would be if all actresses stuck to that decision? But unfortunately, there are too many unemployed people in Hollywood, especially women, that would jump at the chance to play the wife/girlfriend roles. At least we still have Carey Mulligan…