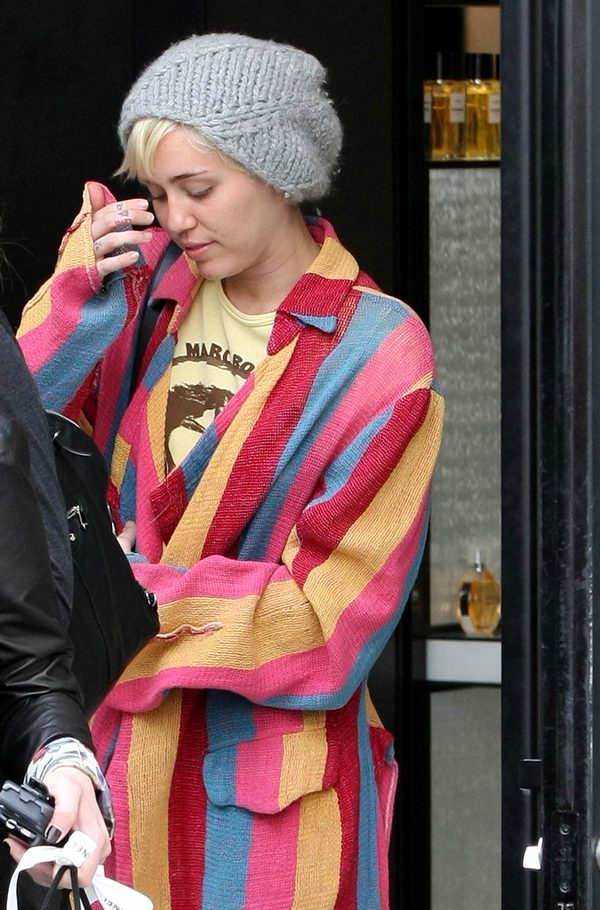 Miley Cyrus and Patrick Schwarzenegger were never going to last, but I didn’t think that their relationship would end so quickly. Miley waited a long time after Liam Hemsworth to start dating again, and it’s unfortunate that her douchebag boyfriends keep cheating on her. Maybe this is when she learns that she needs to stay away from anybody pretty in Hollywood…

By now, everybody knows about the cheating scandal revolving around Patrick Schwarzenegger and the random girl he was canoodling and cuddling with during Spring Break in Cabo San Lucas. Even after the pictures leaked, Patrick tried to defend himself by tweeting, “Omg. It’s one of my best friends girlfriend… Would NEVER do anything against my GF.”

Of course, people aren’t stupid so nobody believed him. If anything, his excuses just seemed like a poor excuse for his cheating and philandering, and poor Miley had to face the brunt of the media drama.

But apparently, Miley’s had enough. She’s not going to put up with Liam Hemsworth 2.0, so she reportedly decided to take a ‘break’ from Patrick and take some time to herself. Sources confirmed to E! Online that Miley and Patrick have decided to take a ‘break’ after five months of dating, but don’t be surprised if that break turns permanent. Neither Miley nor Patrick owe each other anything, and I’m sure Patrick’s mother, Maria Shriver, will be more than thrilled if Miley decides to start seeing someone else.

What do you guys think about Miley Cyrus and Patrick Schwarzenegger taking a ‘break’ this early in their relationship, especially after Patrick’s pathetic excuse following his cheating? Do you think Miley should forgive him, or do you think that she should just dump Patrick and move on? Let us know your thoughts in the comments below.