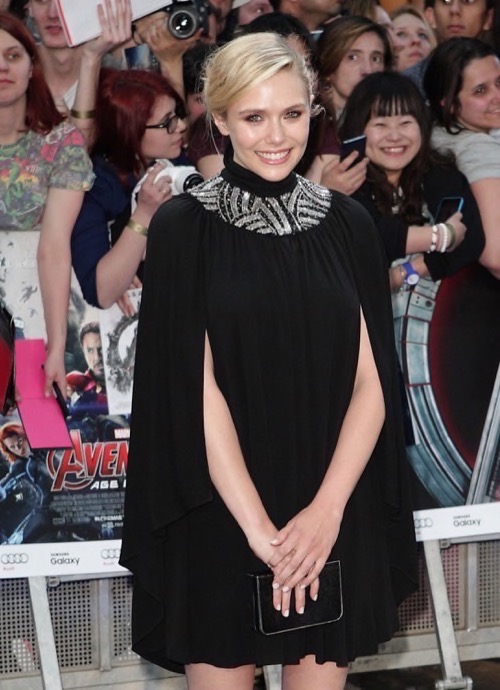 Elizabeth Olsen and Jeremy Renner are two lesser known Avengers, at least to the mainstream public, which is probably why this isn’t bigger news – if it’s even true, that is.

According to a new report from Star Magazine, Elizabeth Olsen and Jeremy Renner are in a ‘secret romance’. Apparently, Jeremy’s situation with Elizabeth caused [in part] the end of her two-and-a-half year relationship with Boyd Holbrook. Star’s source adds, “Lizzy and Jeremy became super close when they were filming for several weeks in London and Italy. And ever since then, the two have been hanging out.”

Star’s source also adds, “Not many friends think [Olsen and Renner’s] liaison will last past their movie’s promotional cycle, since their schedules will keep them apart for months on end.”

Well, there’s always Avengers 3! And despite the age difference, I can totally see Jeremy Renner and Elizabeth Olsen getting into a short but passionate relationship with each other. We already know that Jeremy Renner has no preference when it comes to the age of his girlfriends, although he [like many men in Hollywood] seem to prefer younger to older. And Elizabeth Olsen definitely carries an air of gravitas around her, which might make her seem older than she is.

However, this isn’t a relationship that was ever going to last, if it even exists. Jeremy just got out of a long-term situation with his baby mama, Sonni Pacheco. Meanwhile, Elizabeth Olsen did just break up with her longtime boyfriend and fiance, which means she’s also looking for a quick and uncomplicated rebound – which Jeremy Renner would definitely provide.

What do you guys think? Are Elizabeth Olsen and Jeremy Renner in a ‘secret romance’, although I’m not sure why it has to stay a secret? Let us know your thoughts in the comments below.