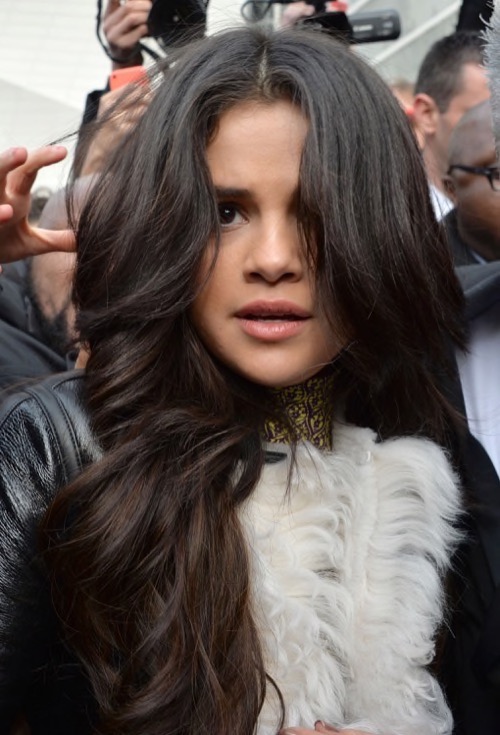 Selena Gomez and Orlando Bloom may have had one or two hookups in the past, but according to a new report from OK! Magazine, they’ve started ‘casually hooking up’ on a regular basis.

A ‘source’ tells OK! Magazine, “Selena loves the attention from Orlando and says the sex is great.” However, the source also adds, “[Gomez’s] fooling herself if she believes it’s healthy. She’s not as tough as she thinks.”

Apparently, Selena Gomez really wants a relationship with Orlando Bloom, but since he doesn’t reciprocate her interest in a relationship, she’s ‘taking what she can get’. Awwwww, that’s sad.

To be honest, Selena Gomez still seems like she’s trying to rebound from Justin Bieber, even years after their relationship ‘officially’ ended. And it really seemed like her relationship with Zedd had turned serious, but that didn’t end up lasting either.

Now, the question is – would Selena Gomez be willing to hurt herself by hooking up with Orlando Bloom if she didn’t see it turning into anything serious? Oh, who are we kidding? It’s Selena Gomez – of course she would. This girl is a glutton for punishment, something she’s proved over and over again. She keeps getting into relationships that everyone knows aren’t going to last, but she can’t seem to stop the cycle of self-inflicted punishment. I mean, she was with Justin Bieber for YEARS, most of which she had to have known that he was a crazy douchebag without any redemptive qualities.

What do you guys think about Selena Gomez and Orlando Bloom casually hooking up? Considering their age difference, do you find it gross? Or is it normal, at least by Hollywood’s standards? Let us know your thoughts in the comments below.