Andrew Garfield Cheated On Emma Stone – Reason For Their Breakup? 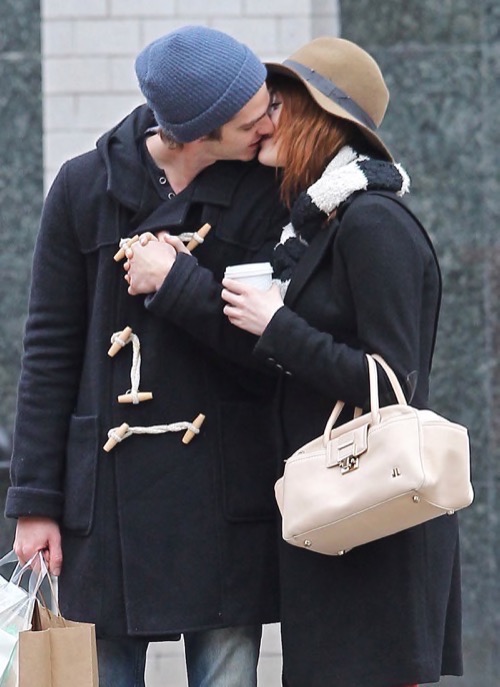 Emma Stone and Andrew Garfield have broken up, even though there are conflicting reasons as to WHY exactly they’ve broken up. Most of the legitimate outlets are claiming that Andrew’s preparation for the new Martin Scorsese movie ‘Silence’ [which he’s currently filming in Asia] was the reason for the breakup, since Andrew went really ‘method’ and dark. Obviously, his method acting took a toll on his relationship, and Emma allegedly dumped him because he stopped being a good boyfriend.

However, a new report from Star Magazine now adds that Andrew actually had a one-night stand with a random woman in Taiwan, and Emma dumped him because he cheated on her! Star’s source explains, “Emma was shocked…she can’t trust him anymore. She is starting to think that there may have been other girls too. She never thought that Andrew would do this to her and now she feels like she never really knew him.”

The source also adds, “He made such a big mistake. Andrew’s inconsolable… Emma loves him, but she’s standing firm. She thinks that the fact he cheated just shows how much they needed a break.”

Apparently, Andrew has been drunk-dialing Emma every chance he gets, but she’s not giving in to his requests for another chance. And if this story is true, then she shouldn’t be giving in! Emma really could land any guy in Hollywood that she wants, so why put up with someone who’s cheating on her? Plus, Andrew Garfield’s previous relationship with Shannon Woodward allegedly overlapped with his relationship with Emma Stone, so there might already be some history of cheating there.

Then again, who knows how accurate this report is? It could just be a sensationalized version of the truth to draw some attention, considering how big the news is.

What do you guys think? Was Andrew Garfield cheating on Emma Stone, even if it was only for one night? Let us know your thoughts in the comments below.