Bruce Jenner Reveals ‘I Am A Woman’ In Diane Sawyer Interview 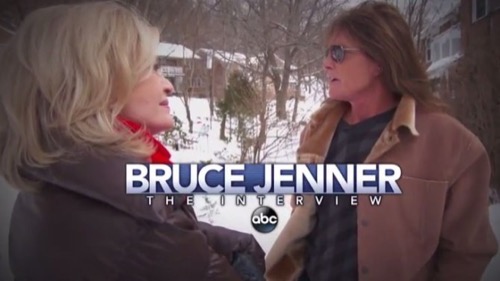 Bruce Jenner has finally confirmed what the media has been saying for the past year, that he’s actually a transgender woman going through her sex change transition.

In the highly publicized interview with Diane Sawyer, Bruce Jenner admitted, “Yes, for all intents and purposes, I’m a woman. People look at me differently. They see this macho male, but this female side is part of me, it’s who I am. I was not genetically born that way.”

Bruce also admitted that he [he preferred the pronoun ‘he’ during the interview] had been taking male-to-female hormones for the past year, but had not yet made up his mind about gender reassignment surgery.

Of course, the interview touched upon all aspects of his sex change, including his family’s reaction to the truth. Bruce says that his children took the news well, adding, “They all cried, mainly because they don’t want anybody to hurt Dad.” However, he also made a poignant last statement about all of his time in the spotlight, especially recently, explaining, “The one real true story in the family was the one I was hiding, and nobody knew about it. The one thing that could really make a difference in people’s lives was right here in my soul, and I could not tell that story.”

Well, he’s finally telling it, and people are genuinely moved by it. The transgender community has been vilified for far too long, for something that’s out of their control. Bruce Jenner made an incredibly brave decision to come out with the truth, and he’s forged ahead in telling that truth. Plus, we know that E! will be documenting his full transition into a woman, even though it’s still not clear whether he’ll move forward with the gender reassignment surgery.

What do you guys think about Bruce Jenner’s interview with Diane Sawyer? Let us know your thoughts in the comments below.

Prev Next
30 Comments
Leave A Reply
Cancel Reply
For All The Alaskan Bush People News!