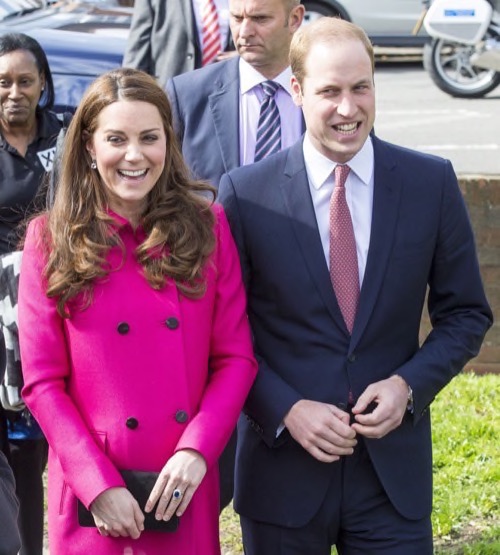 Prince William’s pregnant wife Kate Middleton is going to give birth to the new royal baby any minute now. Kate Middleton confirmed last month that her due date was “middle to end of April,” which coincided with her rumored April 20 due date. Now, the Duchess of Cambridge is 4-7 days overdue and ready to give birth to Prince George’s little brother or sister at any moment.

According to a new report from People Magazine, Kate Middleton’s doctors will most likely be inducing the pregnant Duchess of she does not go in to labor soon. The doctors at St. Mary’s in Paddington do not generally allow their patients to do over 7 days past their due date before the opt for a medical induction to kick-start their labor. Seeing as Kate’s rumored due date was April 20, her 7 days is just about up.

Prince William and Kate Middleton tried desperately to keep the sex of their new baby under wraps, but sources have been leaking for months that they are having a baby girl and Prince George will have a little sister. We won’t know for sure until Kate actually gives birth to the future Prince or Princess. This time around the Royal Family will be making the baby’s birth announcement a little bit differently than in the past. The baby’s birth will first be announced on Kensington’s official Twitter page – and then they will hang the traditional announcement outside of the Palace.

Do you think that Kate will go in to labor naturally, or will the doctors at St. Mary’s Hospital wind up inducing the Duchess’s labor? Are you hoping for a baby boy or a baby girl? Let us know what you think in the comments below, and check back later for more details on Kate Middleton’s second pregnancy.