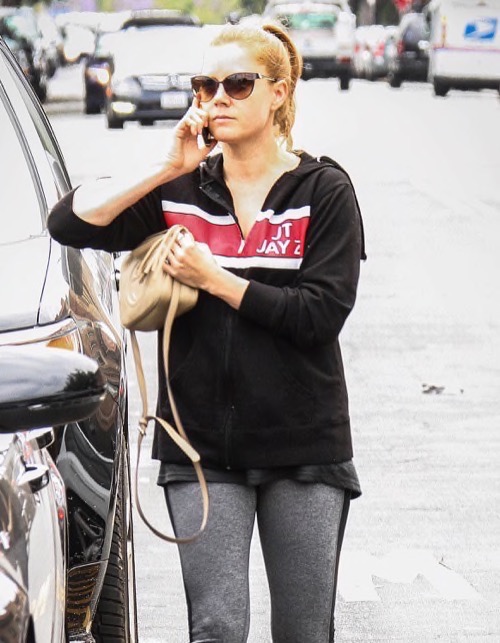 Amy Adams is reportedly planning a secret LA wedding to her longtime boyfriend, Darren Le Gallo. The couple’s been together for fourteen years, so it’s really about time, right? Plus, they’ve been engaged since 2008 and even have a five-year-old daughter together, so it’s not like this is coming from nowhere.

However, this is probably the first large chunk of time that Amy Adams actually has free. She’s been working so steadily for the past decade, with five almost back-to-back Oscar nominations, small budget and large budget films, and landing the female lead in the massive Superman/Batman franchise.

A source tells Page Six, “Amy and Darren are getting married this weekend in Los Angeles in a ceremony that will be intimate and very genuine. The guest list is being kept very small and she has kept the location very much under wraps. Amy and Darren had always planned on getting married, but her career has been on such an amazing trajectory, it has been hard for her to take the time out. But now she has deliberately taken some time off work to be with her family and finally get married.”

So after more then a decade of dating and having a child together, Amy Adams and Darren Le Gallo are finally getting married this weekend. To be honest, Amy is one of the rare few in Hollywood that actually values her privacy and her personal life, and it shows. She’s never fame-whored her relationship with Darren, even though she easily could have. Not many people know what her daughter looks like, and Amy largely keeps her head down and does her work.

It’s commendable, and the saddest thing is that such simple professionalism is becoming increasingly rare in Hollywood. Plus, it’s probably easier for Amy because Darren’s not an A-list celebrity…

What do you guys think about Amy Adams finally getting married? Let us know your thoughts in the comments below.