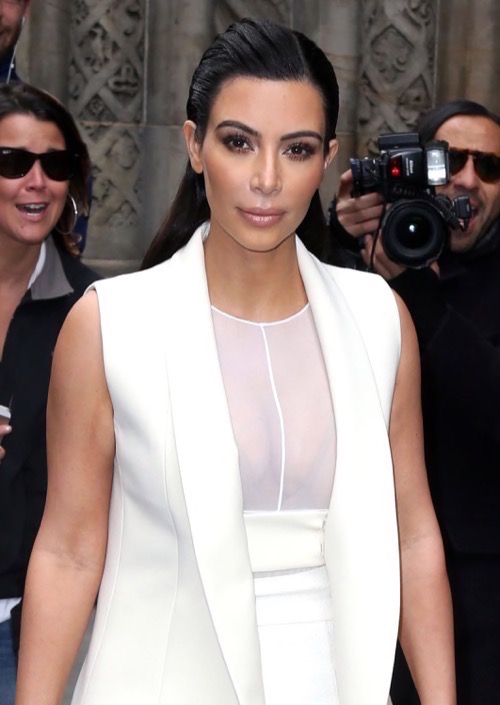 Kim sat down in an interview with Matt Lauer to promote her new selfie book ‘Selfish’, and opened up about her difficulties in conceiving a second child.

She explained, “I’m seeing the best doctors and I’m trying to do everything that I can to make that happen. They have recommended to me to get a surrogate and I would like to hold out a little bit longer and still try…….. We haven’t talked about adopting. I think you get kind of over it to the point where I am so blessed that I have one and I don’t want to take my focus off of her so much.”

Well, the nation’s attention is all focused on Bruce Jenner right now, so of course Kim and Kanye are going to wait. I don’t want to disparage them as they deal with this major change in their family, but at the same time, Kim and Kanye have meticulously plotted out their rise to the top of the reality star/music/entertainment world, so of course they would also want to plan for their second child in a manner that would take full advantage of the ensuing publicity. Plus, if Kim really is having difficulties having a child and they’re not open to surrogacy, I can see her and Kanye pulling a Brad Pitt and Angelina Jolie and adopting from the third world.