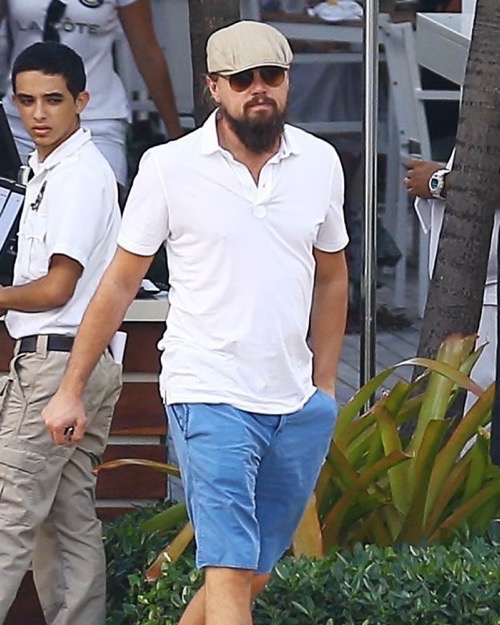 Tinder has become one of the more interesting phenomenons in today’s sex-obsessed world. Even though Tinder was initially envisioned as a dating app, it quickly became about a ‘hook-up app’, as it came to be known on the market.

Since then, most single people in the US [and abroad] have experimented with it and tried it out, with varying degrees of success. However, celebrities tend to shy away from it, largely because they don’t want to be recognized. However, there’ll be the errant story here and there about some lone celebrity popping up on the app, only to be shot down by their publicist literally days later.

The latest example of that happening is with Leonardo DiCaprio, one of the biggest movie stars of our time. According to a new report from Star Magazine, Leonardo DiCaprio has been using Tinder to troll for women, using the name ‘Leonard’.

Apparently, Leo admitted to using the app while at Coachella and is reportedly ‘obsessed with swiping on girls and seeing who’s out there’. What, the dozens of Victoria’s Secret supermodels aren’t enough for him, he wants the regular citizens of the world too?

That’s one of the reasons this report is difficult to believe – not because I don’t believe that Leonardo DiCaprio would do something like this, but more because I don’t believe that he NEEDS to. He’s Leonardo freaking DiCaprio – why would he need to use Tinder to land girls?! He can get any supermodel in the world that he wants, and frequently does. It makes no logical sense for him to troll for plebeians on Tinder, unless he does it just for shits and giggles – which he very well might be doing.

What do you guys think? Is Leonardo DiCaprio using Tinder for fun, under the very obvious pseudonym of ‘Leonard’? Let us know your thoughts in the comments below.