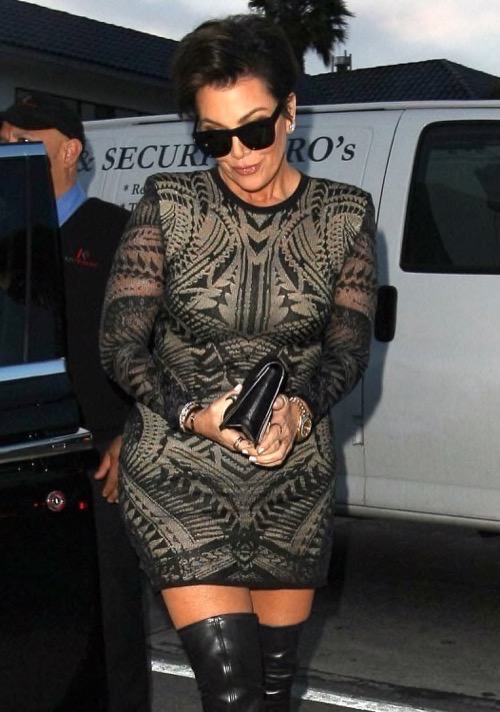 You do not mess with a seasoned journalist like Diane Sawyer, even if you are the head of the multimillion dollar Kardashian empire. Kris Jenner is finally taking back her bold statement that Diane Sawyer never even contacted her to give a comment on her ex-husband, Bruce Jenner’s, highly talked about interview.

In the interview, which discussed Bruce Jenner’s transition from male to female, Diane Sawyer stated that she reached out to all three of his ex-wives, and that only two had responded. The two, were Bruce’s first wives, Chrystie Scott and Linda Thompson. Both issued statements wishing him well, and asking the rest of the world to be generous and accepting towards his announcement.

Diane Sawyer then proceeded to say that Kris Jenner responded with “no comment.” Kris did not like this and, when attacked via Twitter, lashed out and said that she was never even asked for a comment in the first place.

Sawyer, a highly respected journalist, did not appreciate this and asked Kris Jenner to apologize, insisting that she did, in fact, call Kris Jenner for a comment. Now, after days of denying it, Kris’ team is finally coming clean.

“Kris does not have official representation but a message was left at her office and she was asked for a fact checking,” her rep tells People. They go onto say that Kris Jenner was not denying that she did not respond, but was denying that she said the words, “No comment.”

ABC responded by saying that after they had called Kris Jenner, they sent a vast amount of emails to her PR team, only to receive an email from one of her reps saying that Kris Jenner had no comment.

According to Radar, Diane Sawyer feels as though Kris Jenner was trying to discredit her, and is waiting for an apology from Kris. We will keep you updated as soon as we find out more, and if Kris Jenner ever releases an apology.