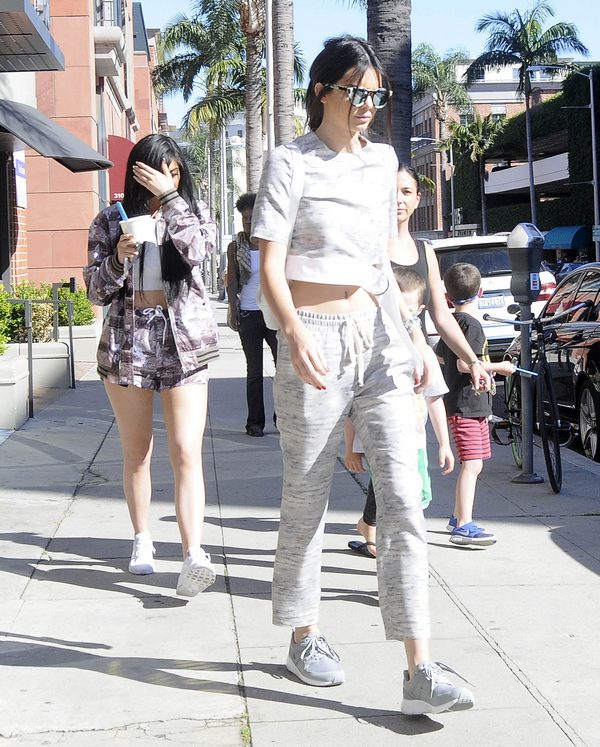 Kendall Jenner is one of the few Kardashians that has achieved a legitimate claim to fame, mostly through her modeling career. She’s also landed an extremely prestigious Calvin Klein endorsement deal, and she’ll be awarded with her first Los Angeles Calvin Klein billboard, on the iconic Sunset Blvd.

In an interview with V Magazine, Kendall opens up about the ‘honor’, explaining, “This will be my first billboard on Sunset, which I’m ecstatic about. It’s really humbling, and honestly, I am a pretty shy person, but being part of the Calvin campaign and seeing myself up there will be a dream come true. I might have to eat every night at the Chateau Marmont with that hanging over my shoulder. ‘Oh yeah, that little thing? I didn’t notice!’ My little sister also wears Calvin, but I’m kind of claiming it as my own. Okay Kylie?”

Well, Kendall Jenner is more of a model than Kylie Jenner will ever be, but not for lack of trying. Kendall has been vocal about her desire to continue modeling, and landing a giant Calvin Klein endorsement is obviously a step in the right direction. However – and even though Kendall claims that the endorsement is all on her – many people in the fashion industry still believe that Kendall only got to where she is because of her family.

Kendall doesn’t agree, and stated in the same interview that she often had doors shut in her face when she initially began working as a fashion model. However – and while it’s believable that most people didn’t want to work with her – Kendall Jenner still had the type of insider access into the modeling industry that most aspiring models would kill for.

What do you guys think about Kendall’s comments? Let us know your thoughts in the comments below.