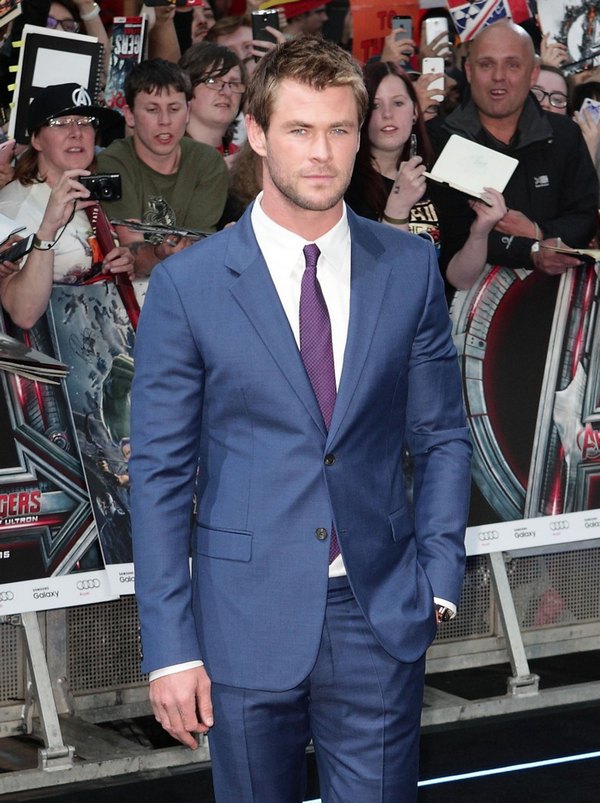 The cast of Avengers: Age of Ultron have been going full speed with promotional interviews lately, since we’re now just days away from the North American release of the film. There has been some controversy, largely due to Chris Evans and Jeremy Renner calling Black Widow a ‘wh**e’ during an interview. They both apologized, but it seems like Chris Hemsworth may be doing damage control for both of them.

In another interview, Chris Hemsworth opened up about the lack of female representation in the Avengers – and in general, the Marvel universe – and stated, “(If I) have it my way, I’d get rid of all of us, have an all female cast – women are smarter than men. My mum’s smarter, so is my wife, so women should lead the world.”

Chris Evans was also part of the interview, and to his credit, he does a lot better with this question than he did when he spoke about Black Widow. He gives his two cents on the female representation aspect, adding, “They’re doing “Captain Marvel,” people are going nuts over Captain Marvel. Scarlett (Johansson) was playing Black Widow in “Iron Man 2,” it wasn’t like she had a long-picture deal, but fans wanted it and she keeps coming back. Now we’ve got (Elizabeth) Olsen and even Cobie (Smulders), they keep bringing Cobie back…..”

Well, that still doesn’t solve the representation issue, does it? We have Scarlett Johansson, Elizabeth Olsen, and Cobie Smulders – out of those three, only Scarlett and Elizabeth would be considered ‘main’ characters, and even then, they are vastly outnumbered by the men. Marvel still has a long way to go before they achieve balance with male and female representation in their movies, but at least they’re making positive steps forward.