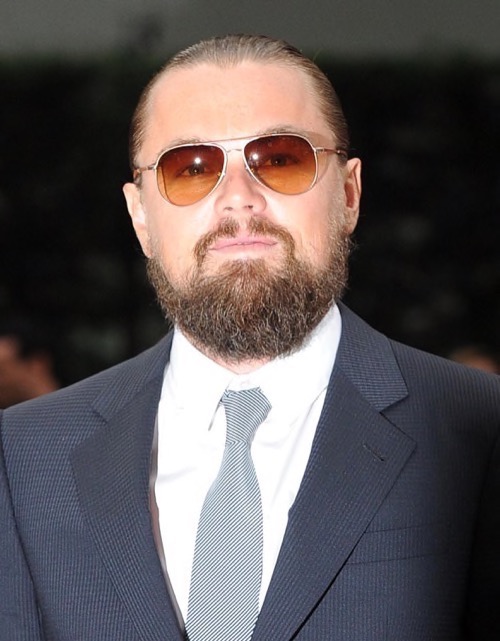 Leonardo DiCaprio and Rihanna were reportedly hooking up a while ago, but since neither was the other’s type, they stayed fairly quiet about it. After all, Rihanna only seems to date bad-boy musicians and Leo obviously only dates below 25 Victoria’s Secret supermodels. But alas, they somehow found each other and have allegedly been hooking up on an on/off basis.

However, even though they were reported to have gone their separate ways recently, sources tell In Touch Weekly that they are now ‘back on’.

A source tells In Touch, “Rihanna’s still really into Leo. Right now, they pretty much just hook up and go to each other’s houses late at night, but Rihanna’s holding out hope that Leo will eventually commit. She’s obsessed.”

Really, though? If anything, I’d think it was the other way around, no? Rihanna is WAY too cool for Leonardo DiCaprio, whose taste in women seems to get more and more juvenile as time goes on. And even though it seemed unlikely that he would ever settle down with one woman, we thought that about George Clooney and look how that turned out, right?

For now, we know that Leonardo DiCaprio and Rihanna are probably hooking up. It’s been confirmed by more legitimate sources already, and since they are two insanely attractive single people in Hollywood, it’s completely believable. However, the real question is – will these two actually last, especially beyond the hooking up stage?

Again, neither one of them is really the ‘settling down’ type, even though this report makes it seem like Rihanna wants to get married to Leo and have his children. The truth is probably the complete opposite, with Rihanna only wanting sex and Leo perhaps wanting something more. Or, you know, both of them are just hooking up and having fun, no strings attached.