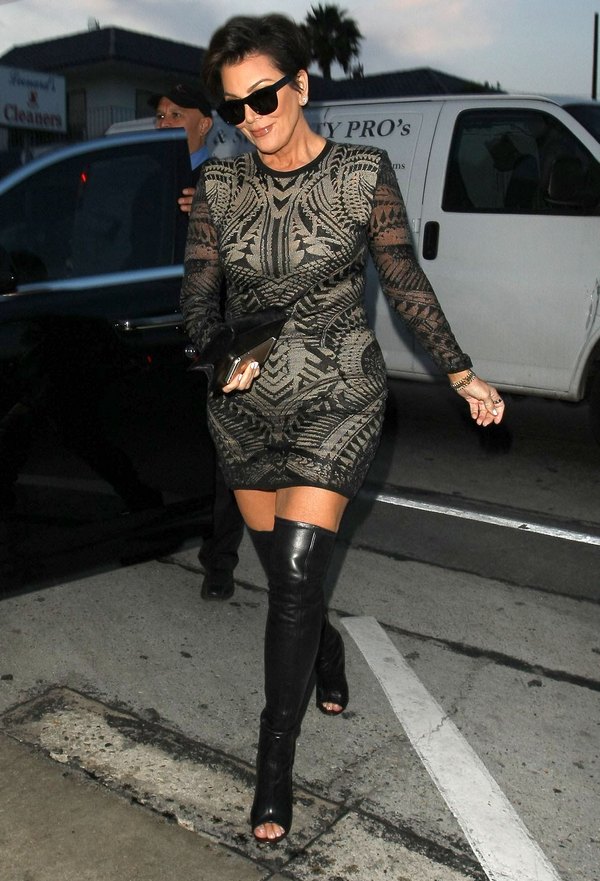 Kris Jenner is crying over Bruce Jenner’s sex change transition, because of course she is. Kris isn’t capable of expressing happiness for another human being, so obviously her tears are tears of confusion and sadness.

We all know about Bruce Jenner’s interview with Diane Sawyer and how he came out to the whole world as transgender, but apparently, his ex-wife can’t just be happy that Bruce has finally found happiness. No, as usual, Kris Jenner has to make it all about herself.

In a new E! special showcasing the Kardashian family’s reactions to Bruce’s news, Kris is the only one that expresses any negative emotions about it. While crying, she says, “I have these memories of this life. And I feel sometimes like it didn’t exist.”

And guess who’s the person that sets her straight? Kim freaking Kardashian. Somehow [and apparently thanks to Kanye West], Kim has become the most understanding and compassionate member of the Kardashian family, and she’s seen telling Kris in this same special, “He has to deal with this for the rest of his entire life. Waking up and feeling like, ‘Whoa! This isn’t my body. This doesn’t feel comfortable.’ That’s the only way I can kind of imagine it. And you really have to let go.”

Again, this is Kim Kardashian saying this! This is the same Kim Kardashian that always complains about the most ridiculous things imaginable, who we always assumed was the most fame and image obsessed member of the family. And maybe she is, but the mere fact that she’s standing up for Bruce in this manner is encouraging. It shows that being a famewhore doesn’t necessarily equate to being a bad person, which is good news for the reality TV industry.

What do you guys think about Kris Jenner’s selfish view on Bruce Jenner’s transition and sex change process, and his reveal as a transgender person? Let us know your thoughts in the comments below.