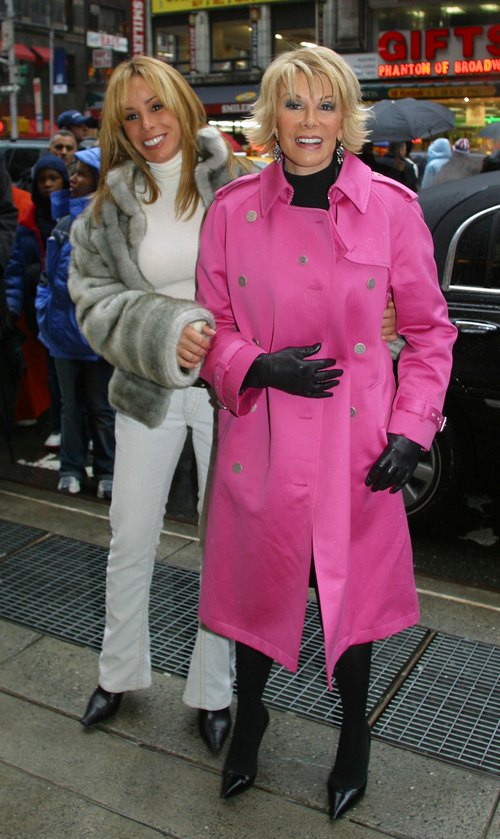 Melissa Rivers is still reeling from the death of her mother, Joan Rivers. Joan died while getting her vocal chords operated on, in what was supposed to be a fairly standard procedure at a normal clinic. However, there was a series of major mistakes that the doctors made at the clinic, which unfortunately led to Joan Rivers’ untimely demise.

Melissa has already sued the clinic and the attending physicians, and she recently spoke to the Today show about how Joan’s death was ‘100 percent preventable‘.

The lawsuit that Melissa filed in January alleges that all the attending doctors were taking selfies and making jokes while her mother was dying on the table in front of them – and she based on this on pretty solid evidence, especially as those selfies were documented on phones and social media. However, Melissa wasn’t actually present during the surgery and as such, couldn’t really ‘prove’ anything – and hence, it’s unlikely that she’ll win the lawsuit.

However, she’s certainly making it her #1 mission to make sure that everybody knows about this. She’s spoken about the accountability factor in her mother’s death before, and she has also stated that the doctors attending to Joan Rivers deserve to pay the price for causing her mother’s death. And from everything we’ve heard so far, it seems like she’s right. However, she really has no way to guarantee that justice is served, apart from giving as many interviews as possible and hoping that the clinic’s reputation is irreversibly damaged.