Amal Alamuddin Gives George Clooney a Porsche for His Birthday 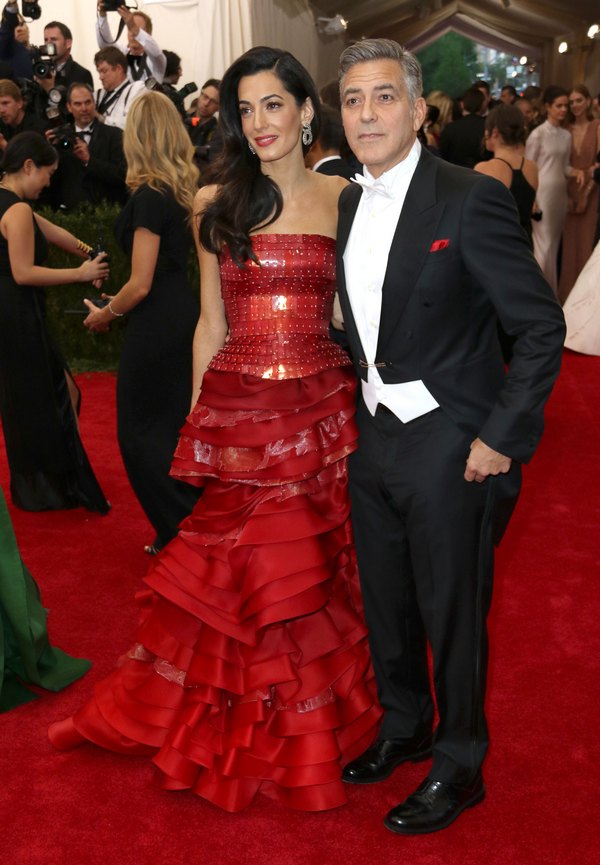 George Clooney and Amal Alamuddin are still married, much to the disappointment of many people who predicted that their marriage would implode within the first few months. In fact, George’s married life to Amal actually seems to be doing better than ever.

A source tells the Mirror, “George loves his cars. They have to be stylish and fast, and he always has two. Amal has been looking for the right car for him to replace his black Porsche 911 and the new one is much faster. He’s already test-driven it for his birthday present.”

And if that wasn’t enough, Amal is apparently also buying George a smoothie maker. The source adds, “It’s a big one apparently because he’s obsessed with his smoothies of all descriptions. George has had health issues, a lot of operations on his neck, and he finds the smoothies very soothing.” Are smoothies supposed to be ‘soothing’? Well, maybe this super celebrity brand of smoothie making does the trick.

Anyway, Amal Alamuddin is clearly sparing no expense in getting George Clooney whatever he wants for his birthday. The cynical part of me thinks, ‘of course, this is the least she can do’. I mean, he made her famous, didn’t he? But if they are truly in love – which they claim to be and everyone else also claims that they are – then perhaps this is just genuine gift-giving on Amal’s part. Plus, she’s got all the money from her lawyering and her part-time professor gig at Columbia university, so it’s not like she’s strapped for cash.

What do you guys think about Amal Alamuddin buying George Clooney a Porsche? Let us know your thoughts in the comments below.