Kendall Jenner Got A Boob Job Before MET Gala 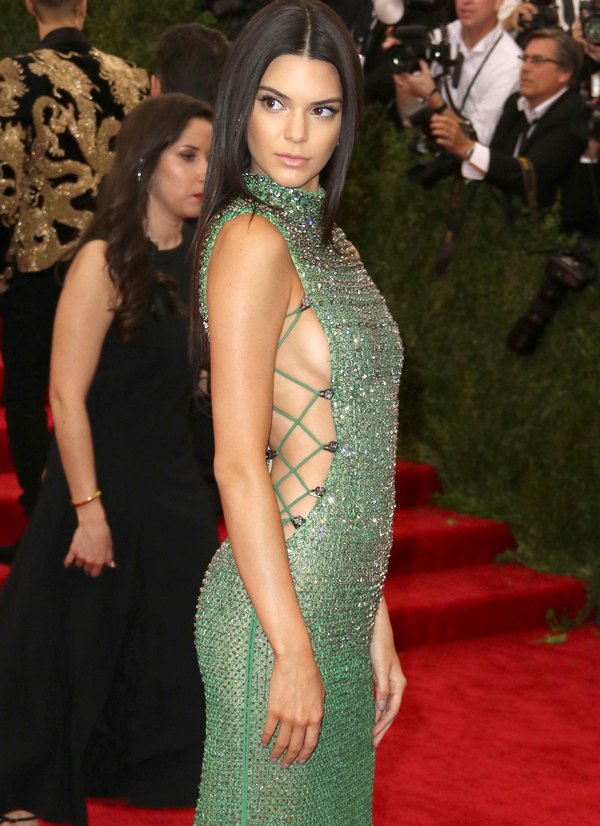 Kendall Jenner is the only Kardashian that hasn’t really gotten obvious plastic surgery, probably because she can’t change her body [or face] too much if she wants to remain a fashion model. However, a new report from Radar Online is suggesting that Kendall got a boob job before the MET Gala.

Radar quotes a renowned Los Angeles plastic surgeon saying, “Kendall’s arrival at the Met Gala strongly suggests that she has recently had a breast augmentation. It definitely appears that Kendall has undergone breast augmentation. She went from from a small B cup to a C cup.”

Well, there have been plenty of rumors that Kendall Jenner did go under the knife to enhance her boobs recently. Initially, people assumed that it was because she wanted to join Victoria’s Secret, but it seems like she just did it because she wanted to. I mean, the rest of her family’s gone under the knife, and this is really the only thing she could realistically do and get away with it. She can’t changer her face because she does a lot of editorial modeling, and any plastic surgery to the face a) takes a long time to heal and b) is usually very obvious.

Kendall did wear a dress that showcased her chest to the MET Gala, but again, her boobs looking bigger than normal could be due to the dress design and/or a push-up bra – not necessarily a boob job. But knowing the Kardashians, would it surprise anyone to know that Kendall did get a breast augmentation, albeit a smaller one that the Kardashians are used to getting?

What do you guys think? Did Kendall Jenner actually get a boob job, or is this just speculation based on a few misleading pictures? Let us know your thoughts in the comments below.