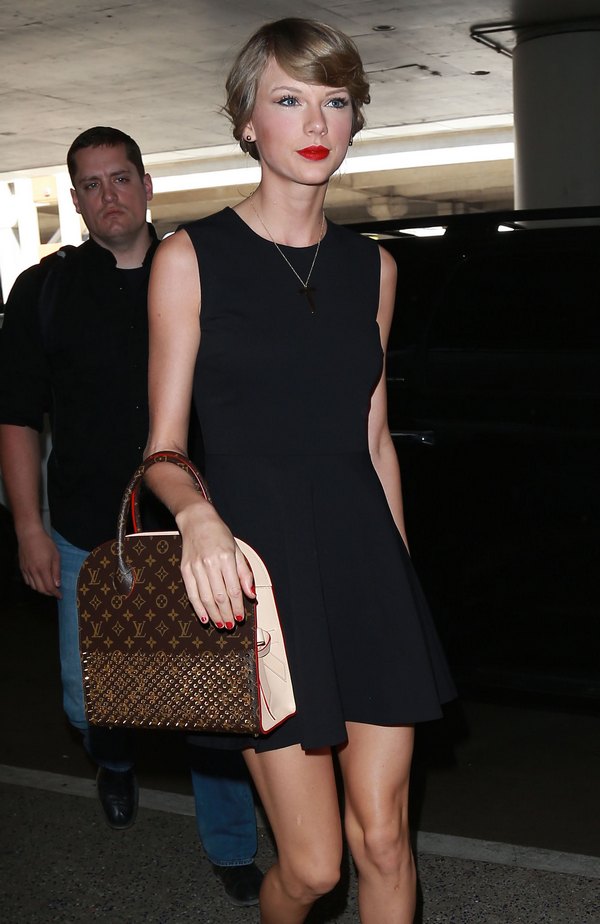 Taylor Swift covers the latest issue of Elle Magazine, and while discussing her song ‘Clean’, Taylor alludes to the song being about her heartbreak from Harry Styles.

She explains, “A heartbroken person is unlike any other person. Their time moves at a completely different pace than ours. It’s this mental, physical, emotional ache and feeling so conflicted. Nothing distracts you from it. Then time passes, and the more you live your life and create new habits, you get used to not having a text message every morning saying, ‘Hello, beautiful. Good morning.’ You get used to not calling someone at night to tell them how your day was.”

She adds that it’s a long and difficult process to get over your ex and it takes time and effort, but also says, “You replace these old habits with new habits, like texting your friends in a group chat all day and planning fun dinner parties and going out on adventures with your girlfriends, and then all of a sudden one day you’re in London and you realize you’ve been in the same place as your ex for two weeks and you’re fine. And you hope he’s fine. The first thought that came to my mind was, I’m finally clean.”

And voila, you have the song ‘Clean’. Taylor’s last major relationship was Harry Styles, and it’s clear that their breakup had a deep influence on her. Not only has she not dated anyone since then, but she hasn’t even talked about dating anyone since then. She hasn’t written any songs about boys, she’s been very careful about her media image, and she’s been very focused on keeping her professional life moving forward. But more than anything else, she was probably so hurt from the breakup with Harry that she just didn’t want to go through all that again.

Now, she doesn’t explicitly say that she was talking about Harry Styles in this interview, but let’s be real – who else could she be referring to? She says ‘in London’, and the only one of her exes that we know is British is Harry Styles – and he would have been in London at the same time as her, no?

What do you guys think about Taylor’s comments? Let us know your thoughts in the comments below.