Tom Hiddleston and Elizabeth Olsen Hooking Up, But Keeping It ‘Casual’ 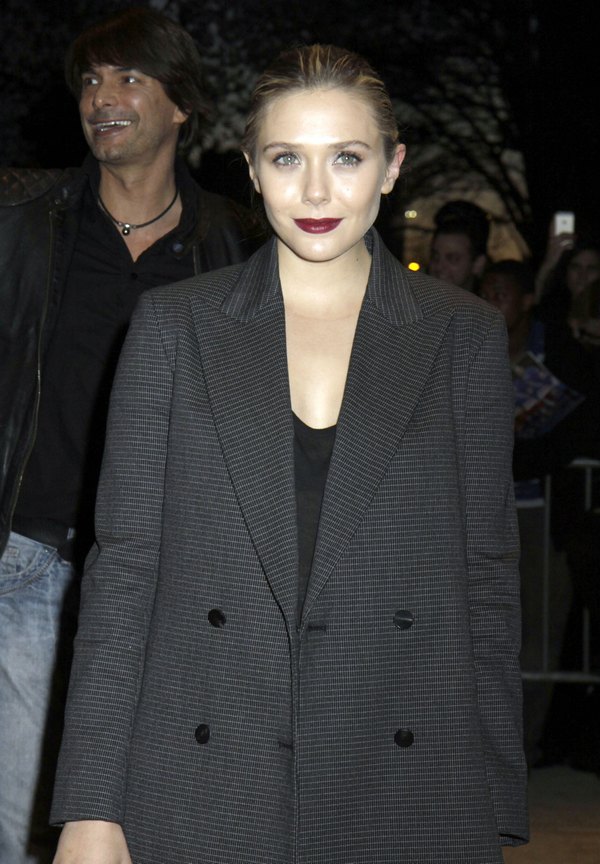 Two of the less famous Marvel universe actors, Tom Hiddleston and Elizabeth Olsen, are reportedly hooking up. As we know, Tom played Loki in all of the Thor movies and the first Avengers film, and Elizabeth Olsen was just introduced as the Scarlet Witch in ‘Avengers: Age of Ultron.’

However, despite our initial assumptions, Tom Hiddleston and Elizabeth Olsen did not meet and start hooking up fulfilling any of their Marvel duties. According to US Weekly, they met while shooting the upcoming movie musical, ‘I Saw The Light’, where they play a married couple.

Elizabeth Olsen just got out of a long-term engagement last year, but sources say that she was still engaged when she was filming ‘I Saw The Light’. However, sources also tell US Weekly that Elizabeth and Tom are keeping it ‘casual’, even though they supposedly make sure to keep texting when they’re not together.

So in other words, Elizabeth may or may not have cheated on her fiance while filming this musical with Tom Hiddleston, but that doesn’t mean that she and Tom are dating. The way the report makes it sound, they hooked up a few times and have left the door open for hooking up again in the future. However, both of them seem focused on having fun, although I can see Tom wanting more if things get more serious.

Plus, they’re both so busy with their various professional commitments that I don’t see how either one of them would have the time to sustain a relationship right now. This is one of the biggest reasons that relationships in this industry often fall apart so quickly – because the celebrities just don’t have the time.

What do you guys think about Elizabeth Olsen and Tom Hiddleton hooking up and possibly dating in the future? Let us know your thoughts in the comments below.