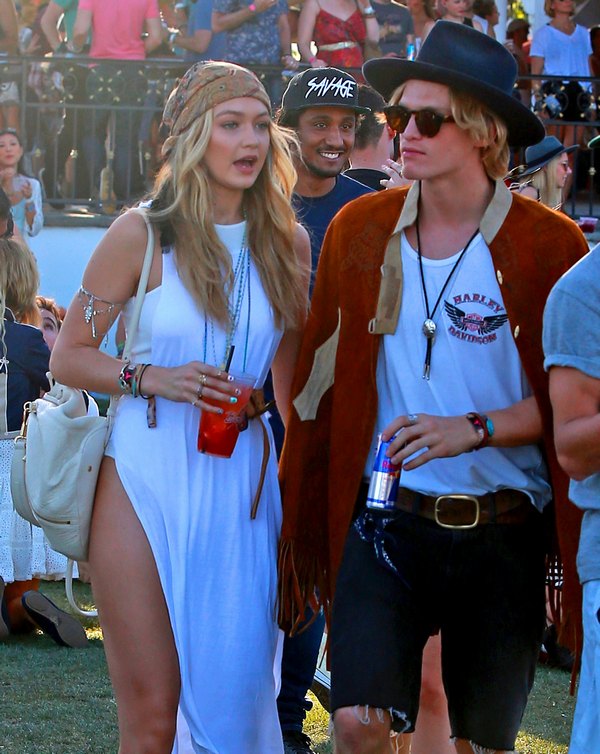 Gigi Hadid and Cody Simpson keep breaking up, because that’s usually status quo for young Hollywood. They broke up a long time ago, then got back together five months ago, and have now apparently broken up again. You know, because they’re just so ‘busy’.

A ‘source’ tells E! News that their focus on their careers are keeping them apart, explaining, “Cody and Gigi want each other to be in a place right now that allows him to only focus on his music, fans, and new message, while she can focus and continue building her career. They love each other dearly and have split up in hopes that growing on their own paths will bring them together in the future. They remain friends with no hard feelings and each other’s biggest supporters.”

Translation: One or both of them cheated on each other, but they don’t care enough to cause a big issue about it. Or they both had an open relationship and/or were hooking up with other people on the side, and they don’t have the time or energy to fake their relationship anymore. I mean, everyone always knew that this was a primarily PR-based relationship, right? Cody Simpson and Gigi Hadid both had a lot to gain from getting into a relationship together, and it was convenient for both of them. So they did it, and now they’ve decided that it is no longer convenient for them to stay in a relationship.

Alas, it’s Hollywood, and both Cody and Gigi are extremely young and very conventionally attractive. They’ll both have rebound relationships before you can blink, and they’ll probably have broken up with those rebounds by the time you blink twice.

What do you guys think? Will Cody Simpson and Gigi Hadid get back together AGAIN, or is this breakup the final breakup? Let us know your thoughts in the comments below.