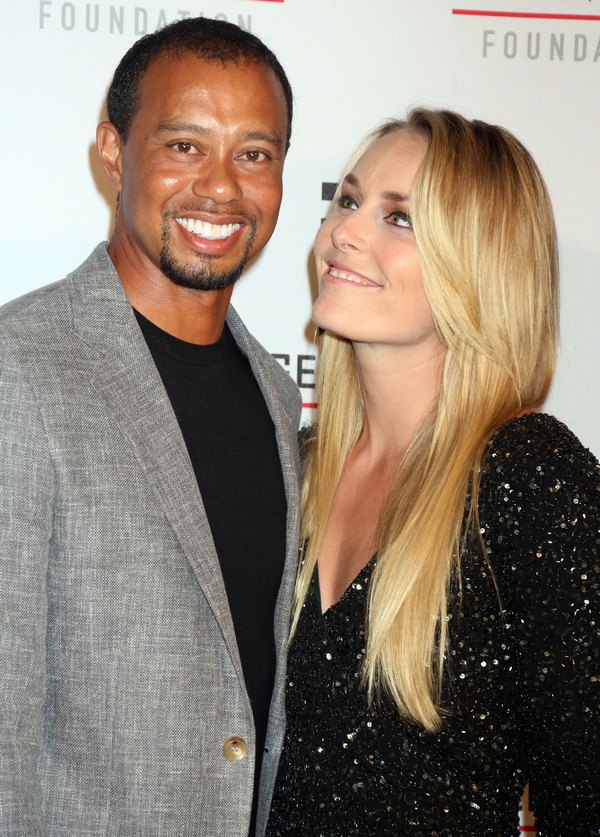 Surprise! Lindsey Vonn dumped Tiger Woods for cheating. According to sources who squealed to Daily Mail, Tiger had a “sex relapse” and went back to sleeping with women who were not Lindsey Vonn.

Because Lindsey and Tiger are professionals, they confirmed their full-time humping status and subsequent breakup on Facebook.

“After nearly three years together, Tiger and I have mutually decided to end our relationship. I will always cherish the memories that we’ve created together. Unfortunately, we both lead incredibly hectic lives that force us to spend a majority of our time apart. I will always admire and respect Tiger. He and his beautiful family will always hold a special place in my heart.”

Apparently, what she was really saying was, “After nearly three years together, Tiger and I have mutually decided to end our relationship after I discovered he was still nailing every Perkins waitress in the central Florida area. I will cherish the shiz he bought me while we were dating. Unfortunately, we both lead incredibly hectic lives that force us to spend a majority of our time apart, and Tiger likes to seek refuge in the lap of anything with lady parts and a pulse. I will always admire and respect Tiger’s ho stroll. He and his beautiful money will always hold a special place in my heart.”

The source who detailed the real reason behind Tiger and Lindsey’s break up claimed, “He had a relapse in the sex department. Lindsey found out about women again. Always while he’s on the road. Just like when he was with Elin.”

The insider goes on to explain that he doesn’t see having sex with random strangers is “cheating.” Woods was eliminated from the San Diego-based Farmers Insurance Open in February, and comforted himself with a one night stand according to the report. Unlike normal people who drink their stress away, Tiger screws his failures away. The loose-lipped friend further explained, “Knowing Tiger, he doesn’t even see it as cheating because there’s no romance or feeling there. It’s just a stress reliever, like a high-ball or two after a bad day. Most men would drink over such losses.Tiger has sex over it. Usually with local hookers whom he pays exorbitant amounts to, probably so they will want repeat business and won’t tell.” Yes, because everyone associates prostitutes with strong morals not at all desperate for money.

I want to feel bad for Lindsey, because everyone woman believes she has the magic vagina that can change a man. However, girl new he was full-time slut machine with enough money to leave a grand on every nightstand in a tri-state area. Woods is just a Fedora, drinking problem, and overuse of the word “epic” away from being Charlie Sheen and it’s not a secret.