Kendall Jenner And Harry Styles Back Together: Justin Bieber Reportedly Jealous Over One Directioner And KUWTK Star 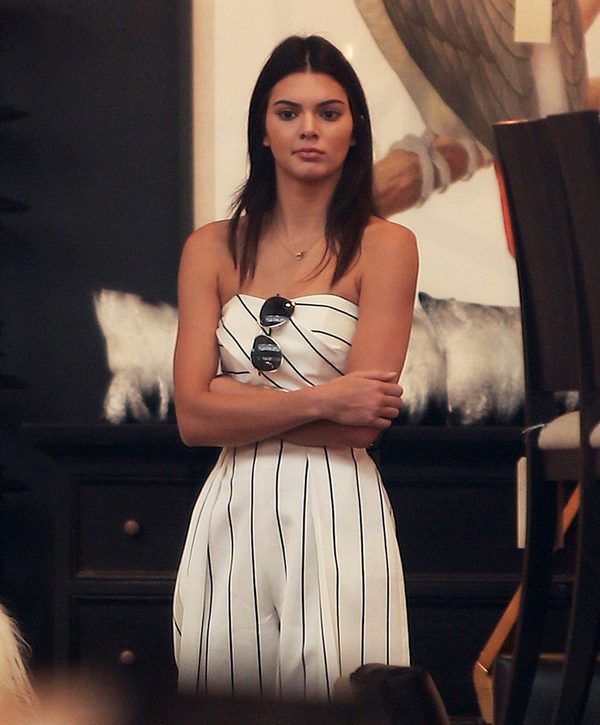 Are Kendall Jenner and Harry Styles getting back together? The Keeping Up With The Kardashian star and fashion model dated the One Direction playboy back in 2013 for a few months, but they broke up in February 2014 because of their hectic schedules. According to a new report – Kendall Jenner and Harry Styles have been texting each other non-stop, and Justin Bieber is not having it. Apparently, Kendall and Harry began talking again when she reached out to make sure he was okay after Zayn quit the band.

Since Kendall and Harry broke up in 2014, she has been casually seeing Biebs and linked to him on more than one occasion. Just recently Justin arrived at the 2015 Met Gala and partied the night away with Kendall and her sister. Rumor has it that Kendall has had enough of Justin’s games, and the long string of models in and out of his life, and is seriously reconsidering getting back together with Harry Styles.

It sounds like Justin Bieber wants to have his cake and eat it too. He wants Kendall to be at his beck and call, but he wants to be able to date all of her friends too? If Justin can juggle Kendall, Hailey Baldwin, and Shanina Shaik – then why can’t Kendall date Harry Styles too? Then again, we are talking about Justin Bieber, he doesn’t exactly seem the sharing type.

Kendall Jenner seems to have gotten herself stuck in the middle of one of the hottest love-triangles…ever. What 19 year old girl wouldn’t want Harry Styles and Justin Bieber fighting over her? Who do you think Kendall should choose, is Harry or Biebs even boyfriend material? Let us know what you think in the comment section below!