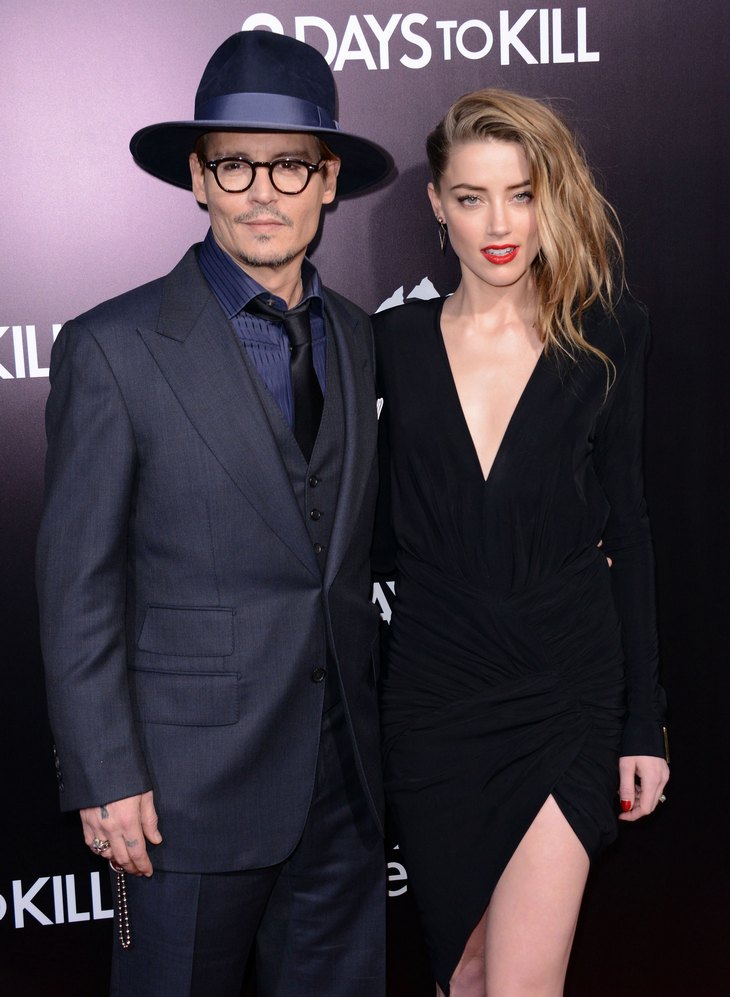 Amber Heard and Johnny Depp’s marriage is a complete mess – and the couple can barely stop fighting long enough to come up for air. They have been tinkering on the verge of a divorce for months, and according to a new report, their fighting got so bad that the Pirates of the Caribbean producers banned Amber Heard from her hubby’s set!

Johnny Depp is currently in Australia filming ‘Pirates Of The Caribbean 5: Dead Men Tell No Tales,’ filming is reportedly over $70 Million over their initial budget and should have been wrapped weeks ago. Apparently, Johnny and his wife Amber’s drama is one of the leading reasons for the stalling in production. The May 25 edition of Star Magazine reveals that the producers actually took Johnny aside and told him that Amber is no longer welcome on set. Apparently, Johnny was in a reasonable mood that day, because he followed their orders and told Amber that she had to go home – within a few days she was on a flight back to Los Angeles.

Johnny Depp and Amber Heard’s marriage is rumored to be barely hanging by a string – and now that they are in separate continents they can probably kiss any chances of working through their issues goodbye. Then again, divorce could be the best thing for Johnny Depp – before he needs a new liver or a new career. Since he and Amber tied the knot, he has been a complete mess on set and his drinking has made him nearly impossible to work with. The actor could wind up destroying his career, trying to keep his marriage afloat.

Do you think that Johnny and Amber will be able to work out their differences? Or was sending her back to Los Angeles the best thing that could have happened to Johnny? How embarrassing is it that Amber was actually banned from his set? Let us know what you think in the comments below!