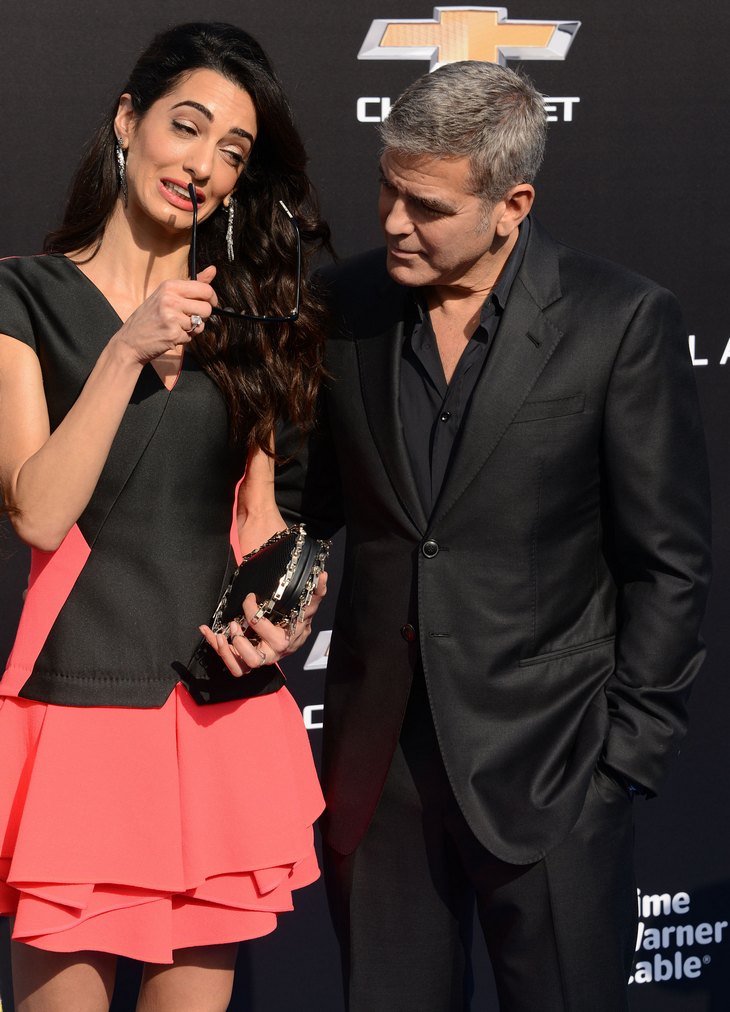 George Clooney’s divorce from Amal Alamuddin seems to be right on track. The actor and human rights attorney tied the knot in a lavish Italian wedding back in 2014, and after less than a year of marriage, rumor has it they are on the verge of a divorce. George Clooney and Amal are perfect examples of why you should probably know someone longer than a year before you start planning a wedding – the couple can’t seem to agree on anything.

The June 8 edition of Life & Style Magazine’s cover features a story on George and Amal, and reveals that they are already sleeping in separate bedrooms! It’s a major warning sign when any couple begins sleeping in different bedrooms – but it is especially alarming because George and Amal are hardly ever together.

Between George’s grueling filming schedule, and Amal jet-setting between London and New York City for work, they are only together about a week out of a month. You would think that the few nights they do get to spend together, George and Amal would want to spend those nights in the same bed.

One of the main reasons George and Amal Alamuddin can’t seem to see eye to eye, is because Amal desperately wants to start a family and try to get pregnant. But, George is not on board and said in a recent interview that having kids wasn’t at the top of his list of priorities. That would definitely explain why the couple is opting not to sleep together – you can’t get someone pregnant if you aren’t even sharing a bed with them! Do you think George and Amal will last? Or will they wind up filing for divorce before the year is over? Let us know what you think in the comments below!