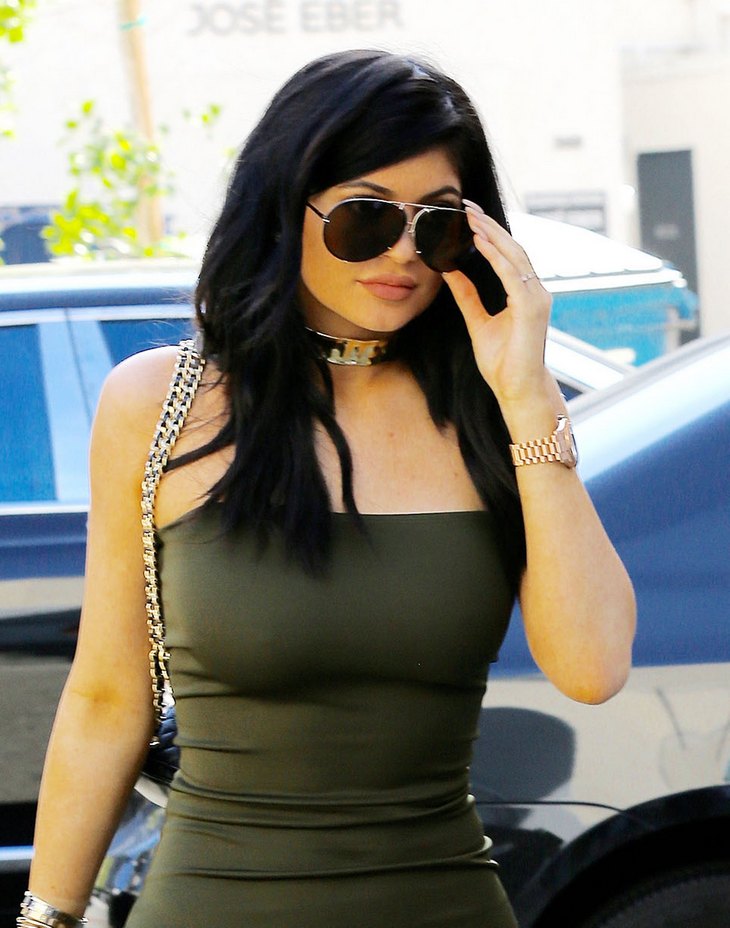 Kylie Jenner refuses to call her dad, formerly known as Bruce Jenner, by her new name Caitlyn! The Kardashian sisters didn’t pass up the opportunity to get in on the media blitz Caitlyn created with her Vanity Fair cover and they bombarded social media with support. But, Caitlyn’s daughter Kylie apparently is not as supportive as her half-sisters and the 17 year old refuses to call Caitlyn by her new name!

According to Naughty Gossip’s inside sources, Kylie is not taking Caitlyn’s transition in to a woman very well – and she is still calling her Bruce. The insider dished to Naughty Gossip, “Kylie Jenner has had the most difficult time with this transition. As such, it’s been very hard for her to stop calling Caitlyn “Bruce”, even though that person is not around anymore. Caitlyn has tried talking with Kylie, though things don’t seem to have changed.”

17 year old Kylie Jenner acted as if June 1 was just an ordinary day, and her father (or now other?) Caitlyn hadn’t just broken the internet with her new Vanity Fair cover. The Keeping Up With The Kardashians star was spotted out and about with her boyfriend Tyga in California – and paying her sister Kendall Jenner a visit. We’re not huge fans of Kylie Jenner, but we’re going to have to give her some leeway on this one. Watching your father transform in to a woman, and change her name to Caitlyn could be…confusing to say the least.

Do you think that Kylie Jenner should be more supportive of Caitlyn? Or do you think she is taking Caitlyn’s debut relatively well considering the circumstances? Let us know what you think in the comments below!