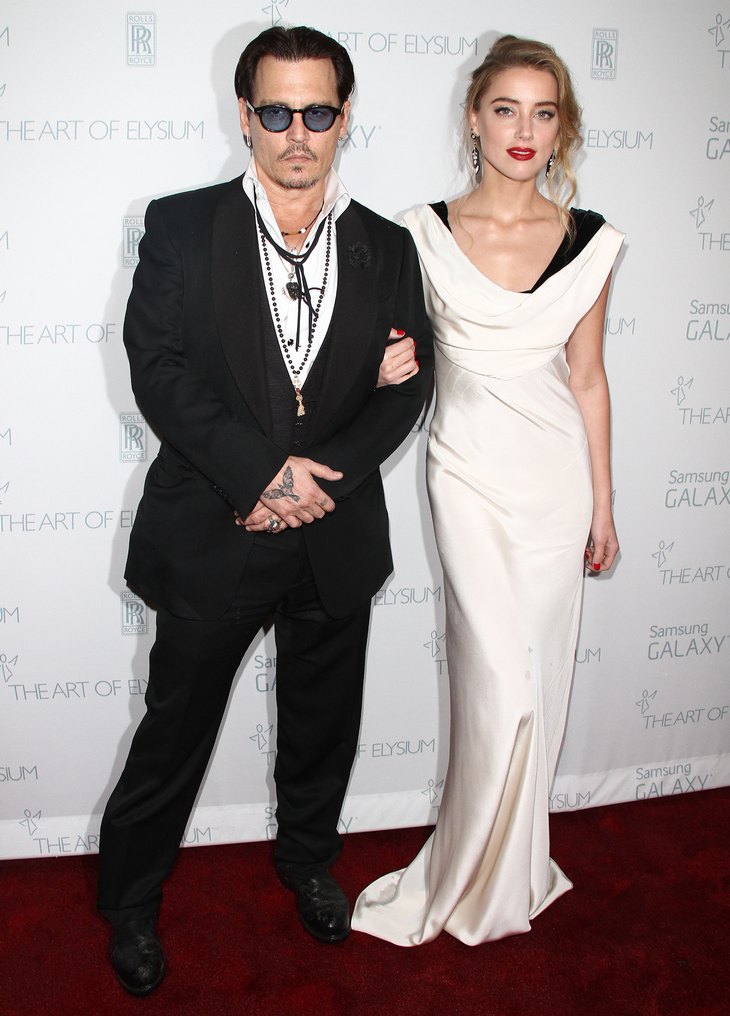 Are Johnny Depp and Amber Heard getting a divorce? Depp and Heard got married in 2014 in a small and private ceremony, and their relationship actually took a turn for the worse after they said their “I Do’s.” Johnny Depp has always partied like a rock star, but his binge drinking has steadily increased over the course of the last year – and Amber Heard has had enough!

According to a report in this week’s edition of OK! Magazine, Johnny Depp has been a drunk mess on the set of Pirates of the Caribbean, and his wife Amber Heard has given the actor an ultimatum. If he doesn’t sober up, she is divorcing him! Insiders dished to OK! Magazine that Johnny has been polishing off several bottles of wine a night, and the cast and crew in Australia and his wife Amber are sick of dealing with his drinking problem.

An insider dished to OK! Magazine, “Amber is fed up with how Johnny handles his problems, she has made it clear that he needs to shape up. He disappeared for five hours the other day. Everyone is on high alert, and monitoring his whereabouts the best that they can. It seems like he has lost his mind because he is terrified that she will walk away from their relationship.”

It sounds like Amber threatening to leave Johnny over his drinking is just making him drink more. If Amber truly wants her 52 year old husband to sober up, then she needs to get him in to some sort of rehab or alcohol program. Do you think that Amber Heard will really divorce Depp if he doesn’t quit drinking, or are they just empty threats? Should she try to get her husband in to rehab? Let us know what you think in the comments below!