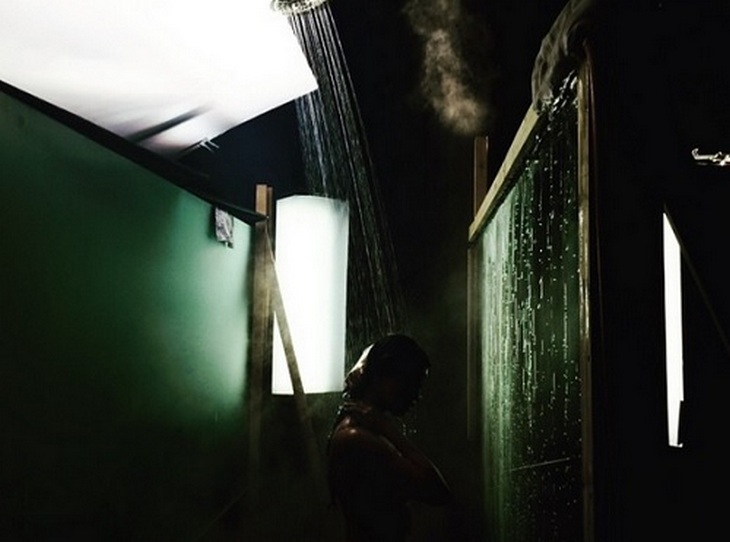 Is Selena Gomez working on a new song about her ex-boyfriend Justin Bieber? Gomez took to Instagram to share a photo of herself, almost naked, standing in a shower. The “I Want You To Know” singer captioned the photograph, “Ready…#ItsComingSoon.” The shower picture appears to be from the set of a music video, and you can see studio lights and large flood lights looming above her shadowy silhouette as she stands under the water. Selena’s post has fans buzzing that her highly anticipated new album could be almost done.

Earlier this year Selena Gomez teased that she was working on some new music that was much “darker,” than anything she has done in the past – and she also confessed that some of the songs on her album were inspired by her relationship with Justin Bieber over the course of the last 3 years. Ironically, since Selena began working on the album she and Justin Bieber have began hanging out again, and are rumored to be “friends with benefits.” A video was leaked on SnapChat of what appeared to be a Jelena Reunion, Selena and Justin were hanging out with a small group of friends.

Selena Gomez’s recent collaboration with DJ Zedd rose to the top of the charts rapidly, and proved to be a huge success. However, the singer was under fire when Diplo announced that she and Zedd had faked their relationship and never were really dating just to help sell their single. So, there is a possibility that Selena’s reunion with Justin was nothing more than a publicity gimmick to get fans hyped for the music video that she is working on now and posting teasers of on Instagram.

Are you excited for Selena’s new music? Do you think that her new album will have songs about Justin Bieber? How do you feel about the accusations of her faking her relationship with Zedd? Let us know in the comments below!