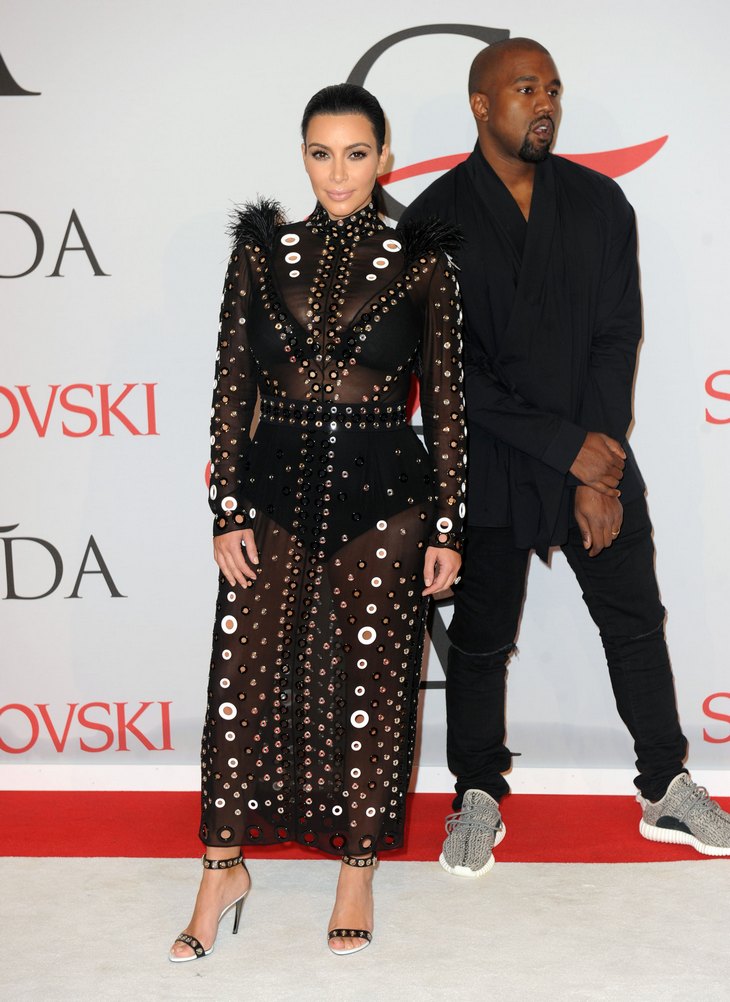 Did Kanye just leave his pregnant wife at home while he partied with Amber Rose and Blac Chyna? Kanye West’s wife Kim Kardashian is pregnant with baby number two, and claims to be nearly bed-ridden by morning sickness, except when there is a red carpet event of course – then she always manages to miraculously pull herself together and attend. But, while Kim Kardashian is home watching her baby bump grow and trying to find new creative ways to cram it in to a latex dress that is three sizes too small – her hubby Kanye West is apparently up to no good.

Kanye West attended Instagram model Maddy Morebucks 25th birthday party over the weekend, and partied right along side his wife’s sworn enemy Amber Rose, and his sister-in-law Kylie Jenner’s sworn enemy Blac Chyna. Way to stay loyal Kanye! We’re a little baffled as to why Kanye was slumming it at an Instagram celeb’s birthday party any ways, after all he’s freaking Yeezus. Shouldn’t he be in Paris or Spain right now and schmoozing with people that he thinks are super important and make him look more intellectual?

Unless you have been living on a remote island without WIFI for the past year, then you are most likely very familiar with Amber Rose’s feud with the Kardashians, which came to a boiling point this year when she got in to a messy Twitter fight with Khloe. But, it all began when she accused Kim Kardashian of stealing her boyfriend Kanye from her a few years ago. Kanye may not have known Amber was going to be there, and he may not have talked to her while he was there – but he probably had a fun time trying to explain that to his insecure and hormonal wife Kim at home, who is constantly concerned that Kanye is going to cheat on her with his ex.

Do you think that Kanye should have left the party when he realized his ex Amber was there, especially after she disrespected Kim and her entire family? Or is Kim just over-reacting? Let us know what you think in the comments below!