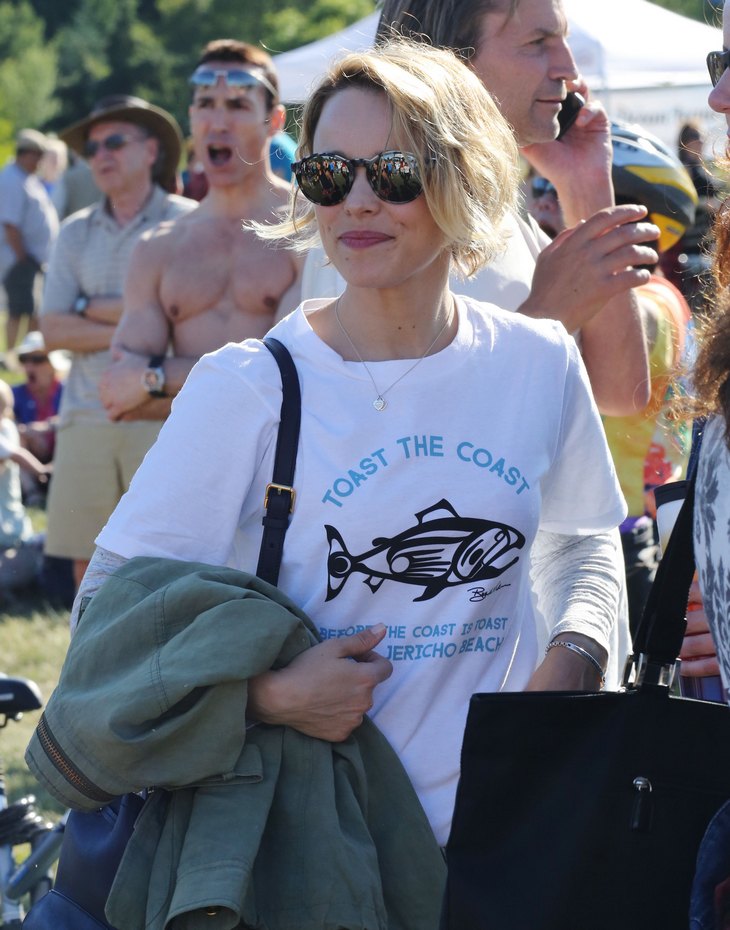 Who is Rachel McAdams dating? The actress recently finished filming Season 2 of HBO’s wildly popular TV show True Detective, and rumor has it that Rachel McAdam’s is dating not one, but two of her co-stars. According to a new report, Colin Ferrell and Taylor Kitsch were both smitten with their co-star Rachel McAdams, and a messy True Detective love-triangle was brewing while they were filing the show.

The June 29 edition of Life & Style Magazine reveals that Rachel McAdams found herself smack dab in the middle of a True Detective love triangle, and both Colin Ferrell and Taylor Kitsch were competing over the beautiful actress.

An insider on the HBO set dished to the magazine, “They were fighting over her all of the time. One would invite her out to dinner, and then the other would get jealous, and vice versa. Even though shooting has wrapped they both still have a huge crush on her.” Seriously, is anyone else ridiculously jealous of Rachel right now? What girl wouldn’t enjoy Colin Ferrell and Taylor Kitsch fighting over them?

Rachel McAdams has a tendency to date her co-stars, for example Ryan Gosling and Jake Gyllenhaal. So, Colin and Taylor both stand a decent chance of winning over The Notebook star. But, she has a tough job ahead of her deciding which actor to date. If you were in Rachel McAdams’s shoes, which hunky actor would you pick? Taylor Kitsch or Colin Ferrell? Let us know what you think Rachel should do in the comment section below!