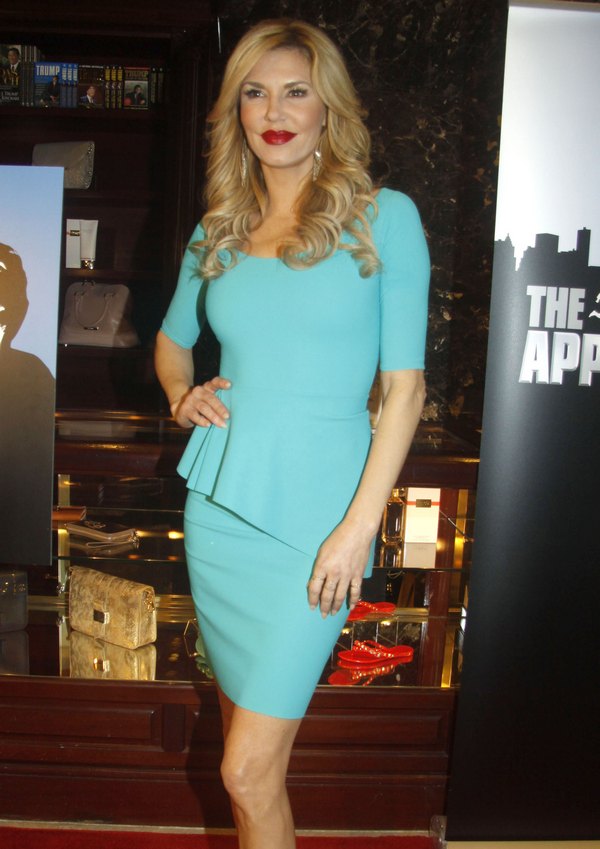 The Real Housewives of Beverly Hills is just losing cast members left and right. Kyle Richards and Kim Richards may not be returning to the popular really series, and then now we have discovered that Lisa Vanderpump had decided that The Real Housewives of Beverly Hills may not be the best decision for her career wise. Now, TMZ and E! News are both reporting that another cast member will be leaving the show.

TMZ reported that Brandi Glanville will not return for the new season of The Real Housewives of Beverly Hills. E! News went on to confirm the news after a source close to the Housewives revealed the news to Giuliana Rancic. The source went on to say that it was Bravo’s decision and that Brandi Glanville was asked not to return. Giuliana Rancic’s source says that the bad blood between Brandi and the rest of the cast was the main cause for asking Glanville not to return. According to E! News Brandi is upset about the decision, but is understanding and grateful to be a part of the show while she could.

Brandi Glanville first joined the cast of The Real Housewives of Beverly Hills in season two as a friend in the housewives circle. From that moment on, Glanville encountered many issues and was the center of an immense amount of drama. In season three, Glanville became a series regular and was promoted to full time cast member.

According to TMZ, due to Brandi Glanville wild behavior, the other cast members did not feel safe filming around her. Apparently Glanville was difficult to work with and the producers were just tired of it. TMZ reports that while producers do not want Brandi as a regular cast member, they are open to the idea of having Glanville appear as an occasional guest. At this point in time, however, Brandi has not agreed to this, and so it is unknown if we will see anymore of Brandi Glanville.

Are you disappointed to hear that Brandi Glanville leaving? With all of this change do you think The Real Housewives of Beverly Hills should just come to an end all together? Let us know in the comments below.