Kim Kardashian And Kanye West Tell Scott Disick To Sober Up Now: Kimye laying Down The Law For Kourtney Kardashian 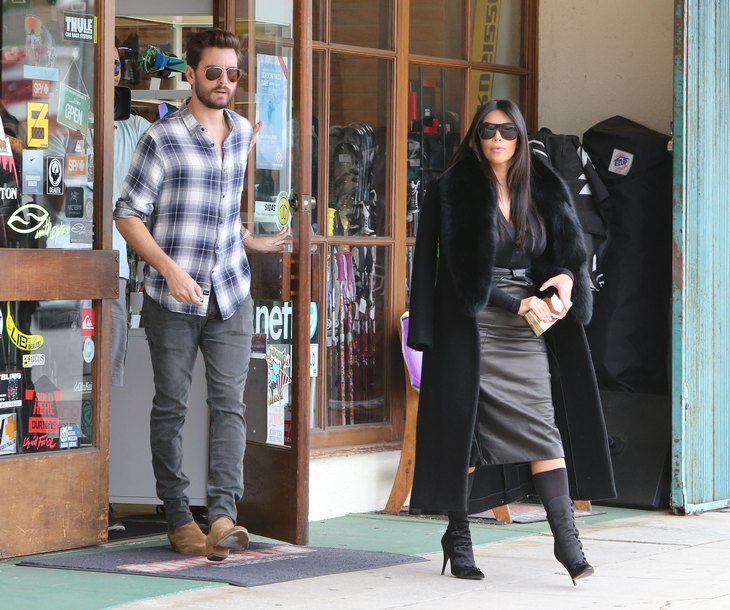 Scott Disick is still a drunk mess and desperately needs to check back in to rehab – and Kim Kardashian and Kanye West are ready to drag him there kicking and screaming if they have to. Scott’s recent rehab stint earlier this year lasted a whole weekend before he resurfaced and claimed he had changed his ways and began partying like a rock-star again. Scott’s longtime girlfriend and the mother of his three children Kourtney Kardashian is at her wit’s end, and sick and tired of raising the kids on her own while Scott get black out drunk and allegedly hooks up with college students in his hotel room during after parties.

Kim Kardashian and Kanye West have decided that it is time to intervene, Kim has watched her older sister raise Scott’s kids by herself long enough. An insider dished to In Touch Magazine, “They [Kim and Kanye] told Scott that he has to get help. The fact that he was too wasted to do a meet and greet for charity in Montreal on June 6 was the last straw. They were already having a hard time overlooking his wild behavior while Kourtney was home alone and upset, looking after their three kids.”

Kim Kardashian and Kanye West clearly think that they are all-mighty and powerful people, and they’re probably delusional enough to think that if they tell Scott to go to rehab – he will simply go. But, here’s the thing, Scott Disick is a full-blown alcoholic, with a rumored addiction to cocaine on the side. It doesn’t matter if Kim and Kanye West tell him to get sober, or the Queen of England. Scott needs REAL help, and his girlfriend Kourtney needs to stop enabling him and taking him back every time he drinks himself in to a stupor, has to get his stomach pumped, or quits rehab.

Do you think Scott Disick will ever sober up? Will he listen to Kim and Kanye, or is it hopeless? Let us know what you think in the comments below!