Is Kendall Jenner Biexual Or Straight: Rumored TO Be Hooking Up With Fellow Model Cara Delevingne 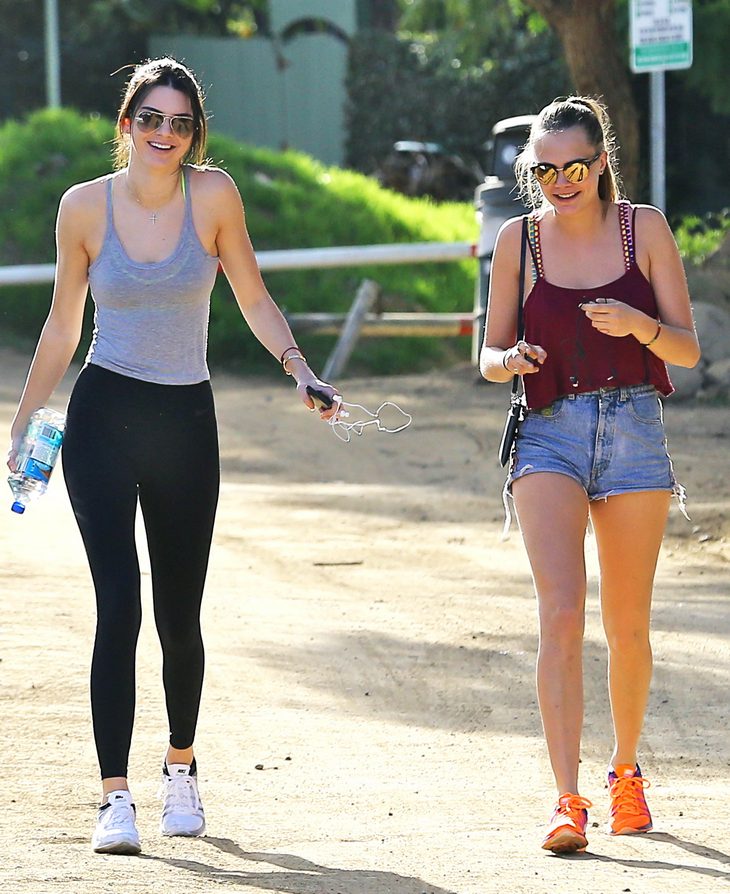 Is Kendall Jenner straight, or bisexual? Or possibly even a lesbian? Kendall Jenner hasn’t had a boyfriend, nor went on any serious dates in nearly three years – and it is starting to raise a few eyebrows. Rumors about Kendall’s sexual preferences have popped up on more than one occasion over the course of the last year. And, now that her father officially transformed in to a woman (Caitlyn Jenner), it seems more likely than ever that there is some truth to those rumors.

Kendall Jenner has always been extremely close to her openly bisexual BFF Cara Delevingne, but according to a new report she and Cara might be more than just friends. The June 29 edition of Star Magazine reveals that Cara and Kendall were recently spotted on a night out on the town – and they looked much more like a couple than they did like friends.

A witness dished to Star Magazine, “They were giddy holding hands, and laughing all night. They looked really comfortable together. Everyone has noticed Kendall and Cara’s flirtations and can see that they are definitely attracted to each other.” Cara is rumored to have a serious girlfriend at the moment, but since when has that ever stopped the promiscuous model from pursuing other guys and girls?

Perhaps Caitlyn Jenner’s recent debut on the cover of Vanity Fair Magazine as a woman has inspired her daughter to be out and proud as well. Do you think that Kendall Jenner is in to girls or guys? Is she bisexual, or even a lesbian? Could you see her hooking up with Cara Delevingne? Let us know what you think in the comments below!