Gigi Hadid And Taylor Swift Fighting Over Joe Jonas: Did Gigi Violate Girl Code By Hooking Up With Her Ex? 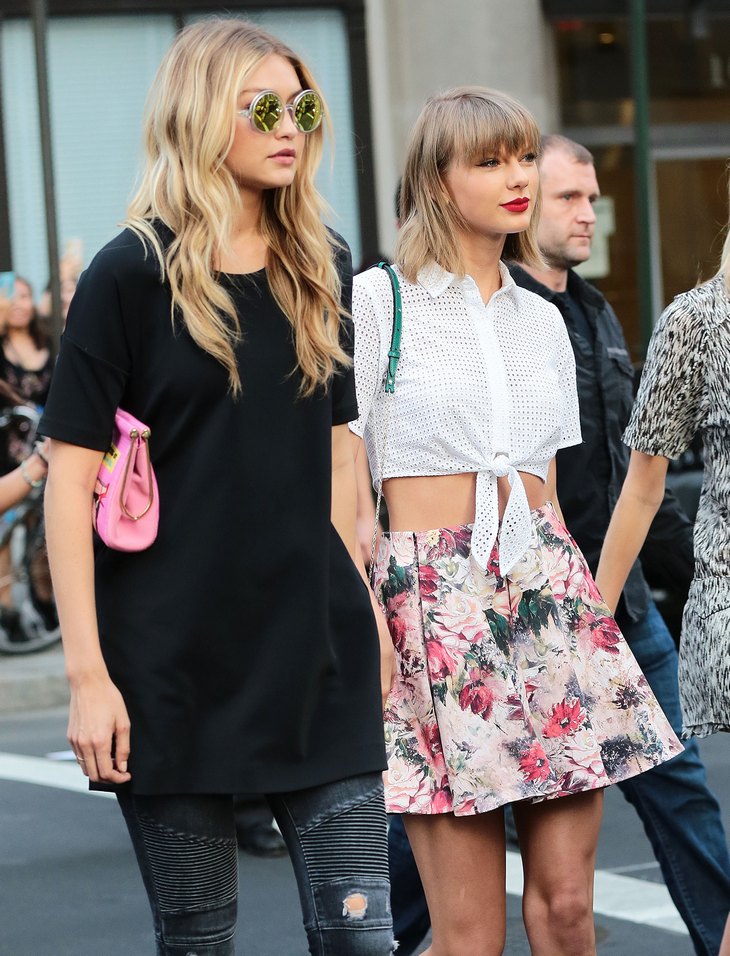 Girl fight! Gigi Hadid is about to learn what it feels like to get on Taylor Swift’s bad side. Taylor Swift is super busy feuding with Katy Perry and Kendall Jenner – but apparently she is going to find some time to throw some shade at Gigi Hadid as well. According to new reports, a Gigi and Taylor feud is brewing, and it’s about to get messy!

Gigi Hadid recently broke up with her long time boyfriend Cody Simpson for the umpteenth time, and then began dating Joe Jonas before the ink even dried on the press release confirming that she and Cody were over. Taylor Swift is not happy about it – and is reportedly upset that her pal Gigi violated the unspoken girl code by hooking up with one of her exes.

We’re pretty sure Taylor Swift is way too “classy” to get in an actual fight with Gigi, but she does have a pretty passive aggressive way of letting her frienemies know when they are not on good terms. Taylor Swift is rather immature when it comes to fighting with her BFF’s and she knows exactly how to let Gigi know that she has crossed a line. It is safe to say Gigi can expect a revenge song in her honor in the near future – and Taylor will most likely go out of her way to invite everyone in Gigi’s circle of friends to events – except for Gigi. Oh, and without a doubt Taylor will do a whole lot of gossiping behind Gigi’s back.

We’re all about “Girl Code,” but Taylor Swift should probably be a bit more understanding. Seriously, is there a hot guy under the age of 30 in Hollywood that she hasn’t dated? How are her friends supposed to find guys that haven’t been linked romantically to Taylor at some point or another? Do you think Taylor is being petty, or was Gigi in the wrong? Let us know what you think in the comments below!