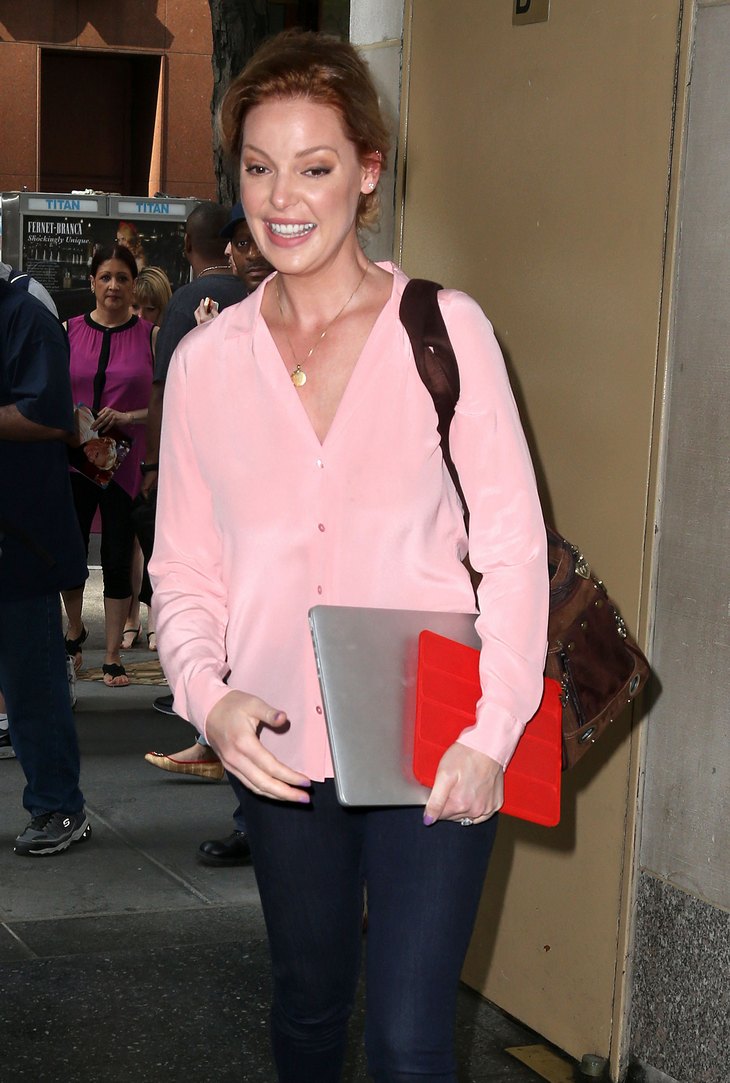 It’s a sad day for Grey’s Anatomy fans. Rumors have been floating around for months now that Katherine Heigl was returning to the ABC primetime drama to reprise the role of Dr. Izzie Stevens – but it looks like there is no truth to them. Heigl became a household name when she began playing the character in 2005, and stuck around until 2010. However, Heigl allegedly had a huge fallout with show creator and head-writer in 2010, which resulted in her leaving the show early in a hastily written exit.

This year Shonda Rhimes fired Patrick Dempsey, and no doubt his exit will leave a huge hole in the Grey’s Anatomy cast. With Dempsey gone the rumors that Heigl was returning seemed to gain even more traction. However, Katherine sat down for an interview with Entertainment Tonight this week and dismissed the rumors, and flatly replied that there was no truth to her returning to the show.

The reason all of the rumors began that Katherine Heigl was returning to Grey’s was because a few years ago she actually said that she wanted to! Now, when ET quizzed her about the casting rumors she dismissed them as if they were absurd. So, what happened? According to a report from Naughty Gossip, Katherine actually begged Shonda to let her come back as Dr. Izzie Stevens – but Shonda bawked at the idea. Naughty Gossip’s source revealed, “Shonda flat-out refused to let Katherine even contact a writer on staff. She doesn’t want someone to be written into her show if she can’t appreciate working there and using the platform for good.”

Are you sad that Katherine Heigl won’t be headed back to Grey’s? Or do you agree with Shonda Rhimes? Let us know what you think in the comments below!