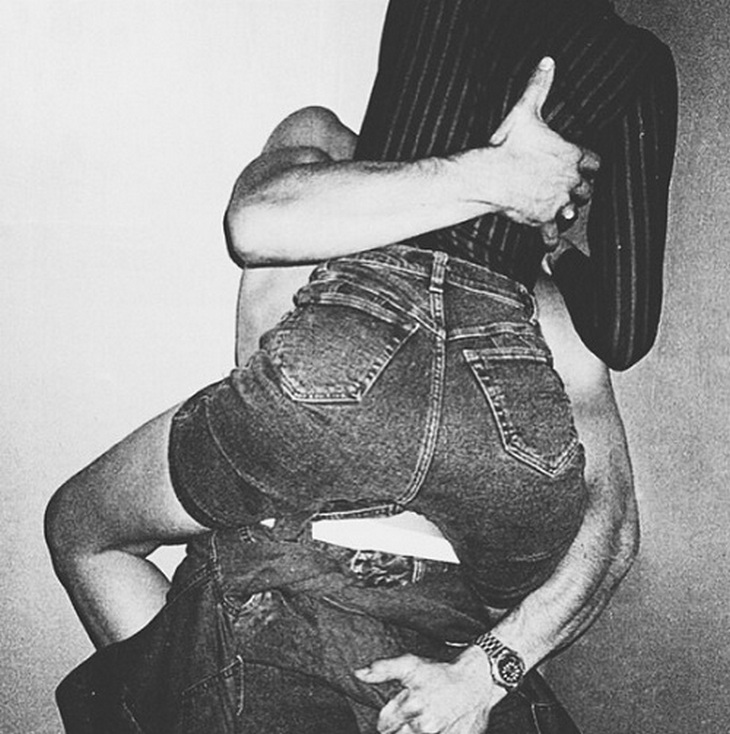 Kendall Jenner wants everyone to know that she still is into guys! The model and Keeping Up With The Kardashians star has raised a lot of eyebrows lately, and everyone is speculating about her sexual preferences. Is Kendall a lesbian? Or just bi-sexual? Is she completely straight, and just unlucky in love. Kendall’s circle of model friends are constantly recycling guys and hopping in and out of relationships left and right – but Kendall herself hasn’t had a boyfriend in 3 years!

Recently, Kendall was spotted out an about with her openly bi-sexual BFF Cara Delevingne, and witnesses reported that the two girls were all over each other! They were apparently acting much more like a couple than besties, further fueling rumors that Kendall was in to girls. But, Kendall wants everyone to know that she is still very into guys – and she took to Instagram and posted a super hot photo to try and fight the lesbian rumors.

Kendall posted a photo of herself straddling a nearly naked shirtless guy with a six pack, and the picture doesn’t leave much to the imagination. But, Kendall’s plan may have backfired – because now everyone seems to think that the mystery guy in the photo is just another model, and Kendall is using the picture to try and hide the fact that she is a lesbian.

What do you guys think? Is Kendall Jenner hooking up with the mystery guy in the photo? Or is she actually a lesbian? If she is in to girls, why is she trying to hide it, after all her father just came out as a transgender? Let us know what you think in the comments below!