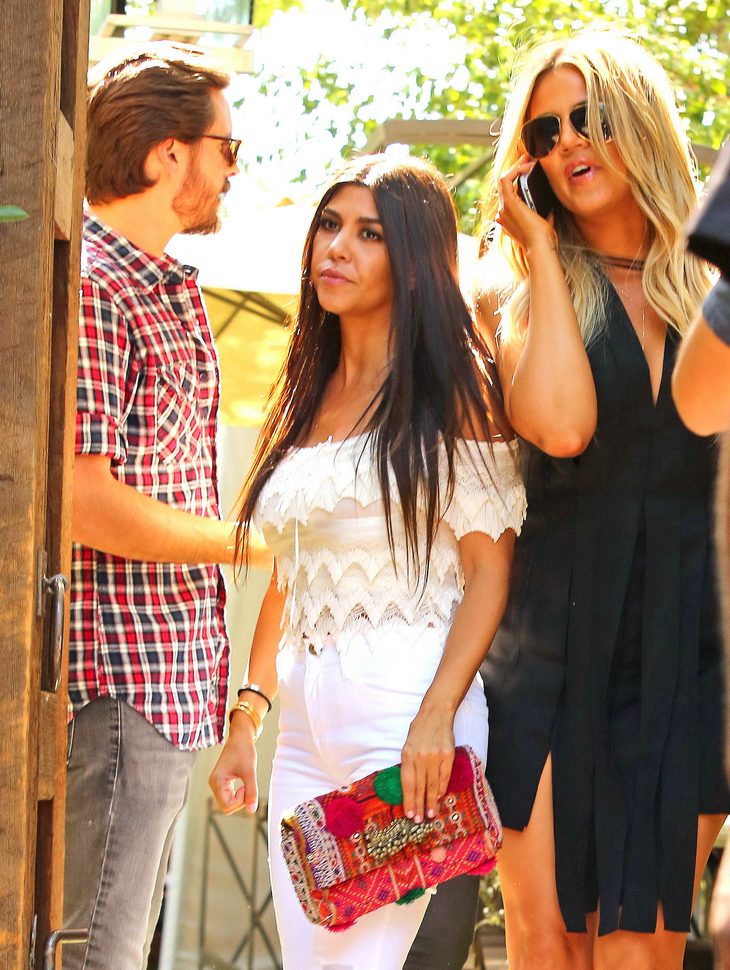 Is Kourtney Kardashian pregnant again? The Keeping Up With The Kardashians star just gave birth to her third child, baby Reign six months ago – but according to a new report Kourtney and Scott Disick are now expecting their fourth child. Seriously, are they trying to replace the recently cancelled 19 Kids And Counting, because they are well on their way.

The July 6 cover of OK! Magazine reveals that Kourtney is indeed pregnant with her fourth child – and Scott Disick is not happy about it. The OK! Report goes on to reveal that just like when he learned Kourtney was pregnant with Reign, the party-animal has come unhinged and is not happy about it. Apparently when Scott learned he is about to have a fourth baby, he began partying even harder than usual, which we didn’t even know was possible.

OK! Magazine goes on to reveal that Kourtney has dumped Scott for the umpteenth time because he was hooking up with drunk girls in his hotel rooms in the wee hours of the morning – but this time she is super serious about it guys! (Yeah, just like she was serious the last 48 times that she broke up with him for boozing and cheating.) Is anyone else a pattern here?

Kourtney gets pregnant, her hormones are raging and she dumps Scott, and then as soon as the baby is born they become a happy, yet dysfunctional, family again. What do you guys think? Is this break-up the real deal, or will Kourtney take Scott back again? Will they stop procreating after this baby, how many more kids do you think they will have? Let us know what you think in the comments below!