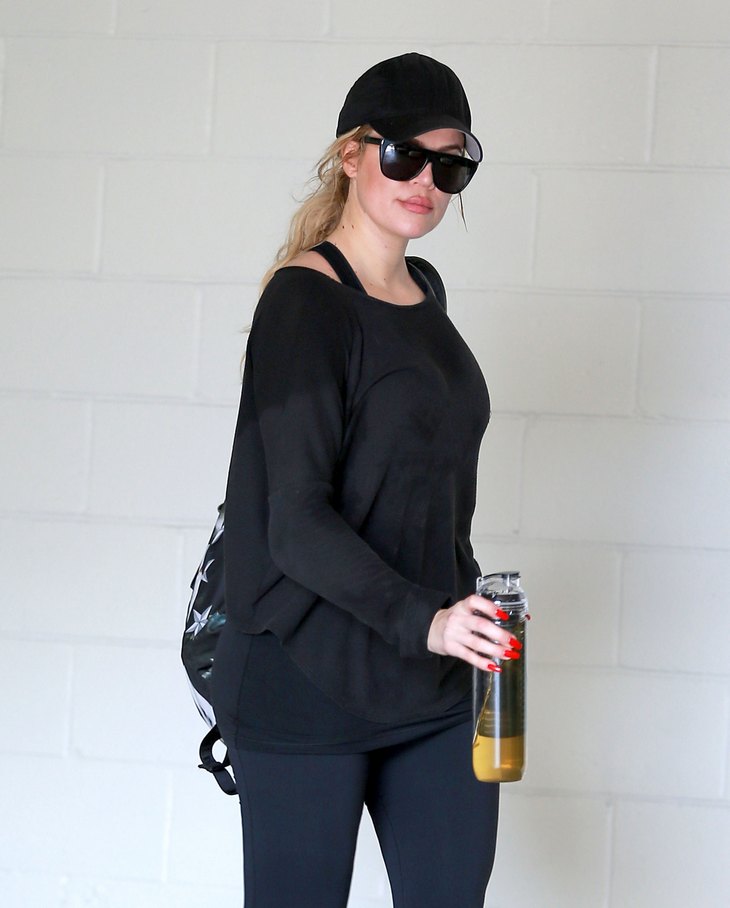 Khloe Kardashian may still be married to her estranged husband Lamar Odom, but the Keeping Up With The Kardashians star has a new boyfriend! Khloe clearly has a weak spot for ballers, and she is reportedly dating Houston Rockets NBA player James Harden. According to a new report, Khloe just spent seven days holed up in a Hawaii hotel with her new beau, for a week of hot and steamy hook-ups.

The July 6 edition of In Touch Magazine reveals that Khloe disguised her romantic week with James as a “girl’s trip” with her assistant and BFF Malika – but Khloe spent the entire week in James’ hotel room and not in the room she booked to share with Malika. It’s obvious the Keeping Up With The Kardashians star is trying to keep her new relationship with James on the down low, but she is doing a pretty miserable job of it because hotel employees spotted her on HIS balcony wearing nothing but a towel. Awkward!

Ironically, Khloe’s fling with James Harden couldn’t have come at a worse time – her husband Lamar Odom is not in a good place right now and is mourning the death of two of his close friends, who both died this month due to drug abuse. Right now Lamar’s friends and family are scared that anything could put him over the edge, especially his wife dating another basketball player. It looks like the cat is out of the bag though!

Do you think that Khloe and James’ relationship could push Lamar over the edge since he is in such a fragile place right now? Will Khloe and James last, or is he just another notch in the KUWTK star’s belt? Let us know what you think in the comments below!