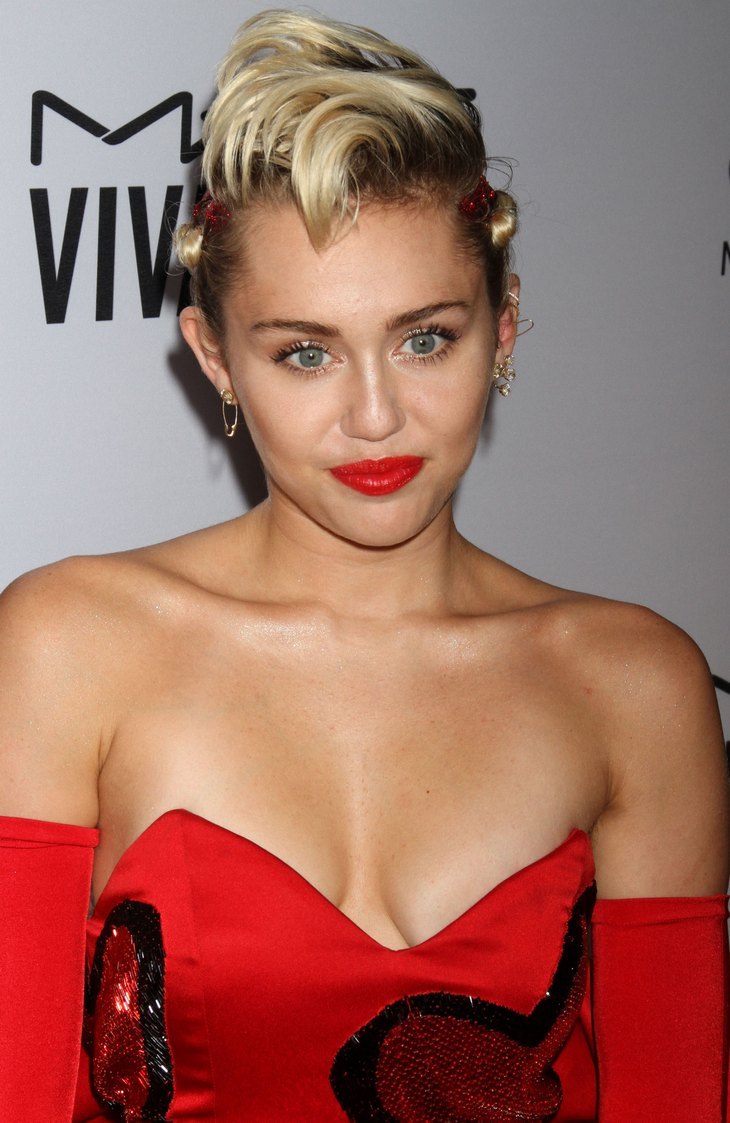 Miley Cyrus has been crowned PETA’s Sexiest Vegetarian Celebrity of 2015 after proclaiming on Instagram that there are “so many good plants/fruits/veggies to eat you ain’t gotta eat dead animals!” The “We Can’t Stop” singer publicly revealed to Paper magazine that she wants to set a compassionate and healthy example for her legion of young fans by going vegan. Cyrus edged out more than a dozen other vegetarian and vegan musicians for the title, including Ariana Grande, Ellie Goulding, Ricky Martin, and Prince.

The 22-year-old also considers fish “friends”—not food—and penned a touching tribute about her beloved blowfish, Pablo, after he passed away earlier this year, singing, “On Saturday night, we all went out to eat / But I can never decide, so someone chose sushi / I got soup and I ordered rice / But watching my friends eat my [animal] friends ruined my appetite.”

Cyrus, who recently launched The Happy Hippie Foundation in support of the LGBTQ community, extends her kindness to all animals and is mom to a handful of rescued dogs, a pig, and a kitten.