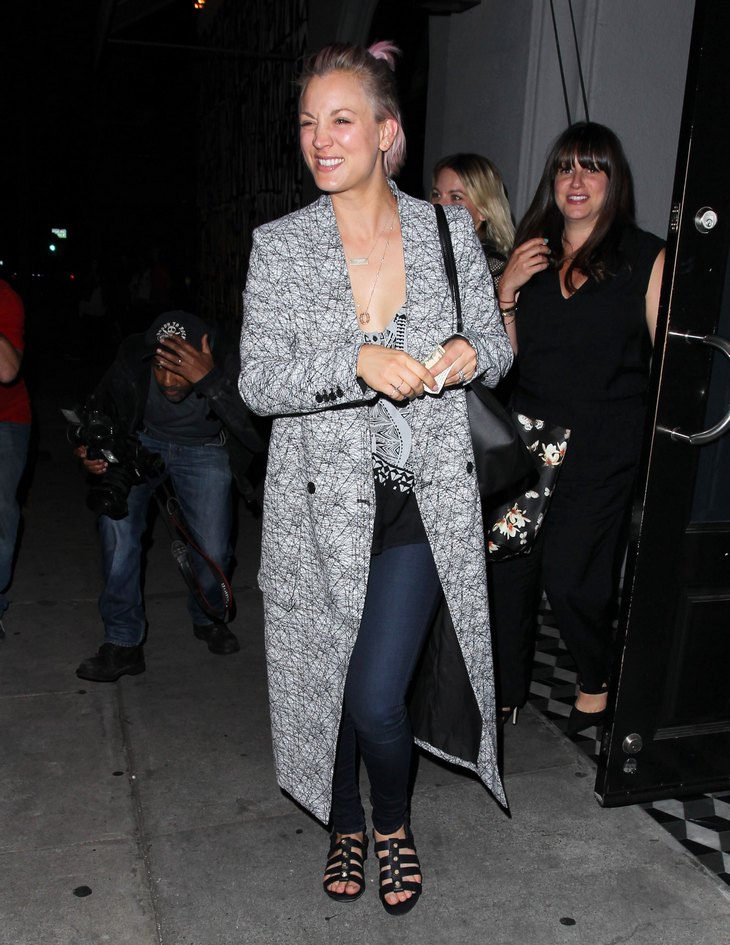 Is Big Bang Theory actress Kaley Cuoco getting a divorce? In 2013 Kaley shocked the world by marrying tennis pro Ryan Sweeting, just 6 months after she met him! No one expected their marriage to last two months, let alone two years – but somehow the actress and athlete have held it together this long. But, according to a new report, the possibility of a divorce is more real now than ever before because Kaley thinks that Ryan might be cheating on her!

The July 6 edition of Star Magazine reveals, “Kaley is secretly worried that she doesn’t know him that well. Ryan was apart from Kaley for weeks of training in March, and she would flip out if he didn’t answer his phone. Since he has been back she doesn’t let him out of her sight – it’s driving him crazy.”

Ryan’s career isn’t exactly booming right now, and the tennis pro isn’t the most charismatic guy in town, so we’re a little confused why he would even want to cheat on Kaley Cuoco – is he really going to land a woman better than her? However, Kaley was in the tabloids earlier this year because she was spending so much time with her ex-boyfriend and TBBT co-star Johnny, so perhaps Ryan is just sneaking around and possibly cheating on her because he thinks that she cheated on him?

What do you guys think? Has Kaley Cuoco and Ryan Sweeting’s shotgun wedding finally run its course, is a divorce unavoidable? Are they cheating on each other? Or are they in it for the long haul? Share your thoughts and theories in the comments below!