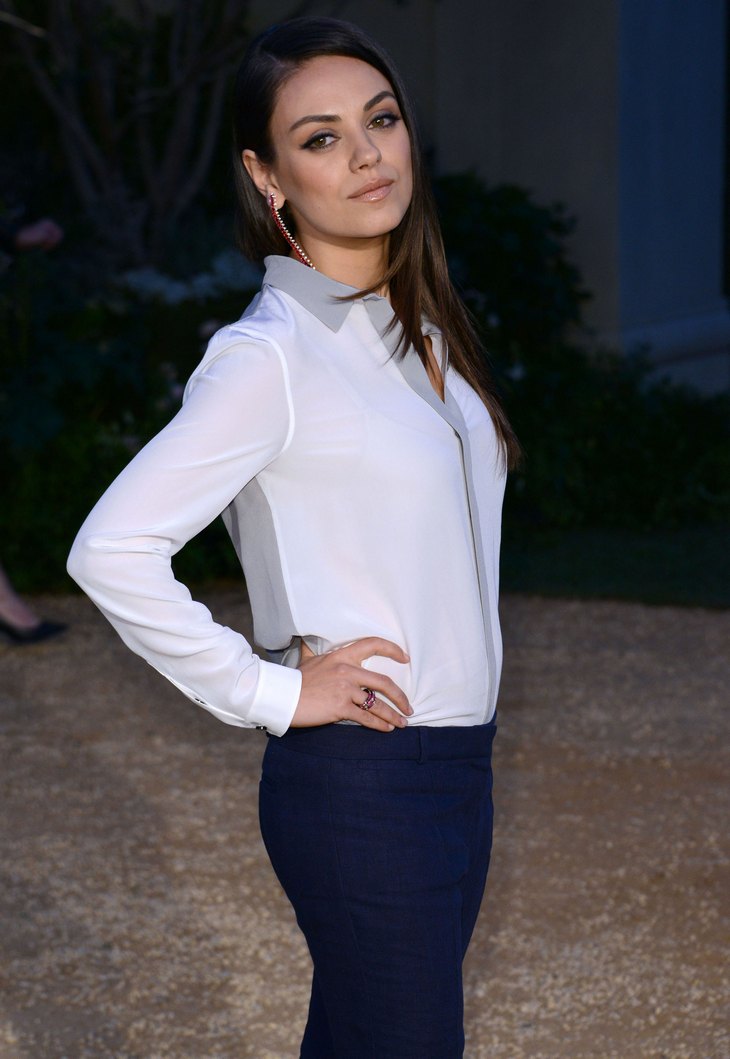 Mila Kunis is reportedly pregnant again – with twins! Mila Kunis and Ashton Kutcher’s baby girl Wyatt Isabelle just turned 9 months old, but the couple is reportedly expecting again. Mila and Ashton have always been super secret about their personal lives, the couple even is rumored to have gotten secretly married and kept the entire wedding under wraps. When Mila was pregnant with Wyatt – they ever even made an official announcement.

The July 13 cover of OK! Magazine features Mila Kunis with what appears to be a baby bump – or possibly just a wrinkle in her dress. The headline screams, “Mila Kunis Pregnant –Twins!” We’re not exactly buying OK! Magazine’s story though. Apparently, the reason that they are so certain she is pregnant with twins is because an “insider” told them that Mila stopped working out, won’t drink alcohol, and is hungry all of the time and gets super grumpy if someone doesn’t feed her ASAP. That’s not exactly compelling evidence.

Even if Mila Kunis is pregnant, and miraculously she is having twins this time around, we will never truly know until the actress’s water breaks because she and Ashton will never confirm or deny the rumors until it is so obvious that they have no choice.

In OK! Magazine’s defense, Ashton does have a twin brother, so technically twins do run in his family. If Mila Kunis is having twins babies, one thing is for sure, she and Ashton Kutcher are going to have their hands full with three kids in diapers!