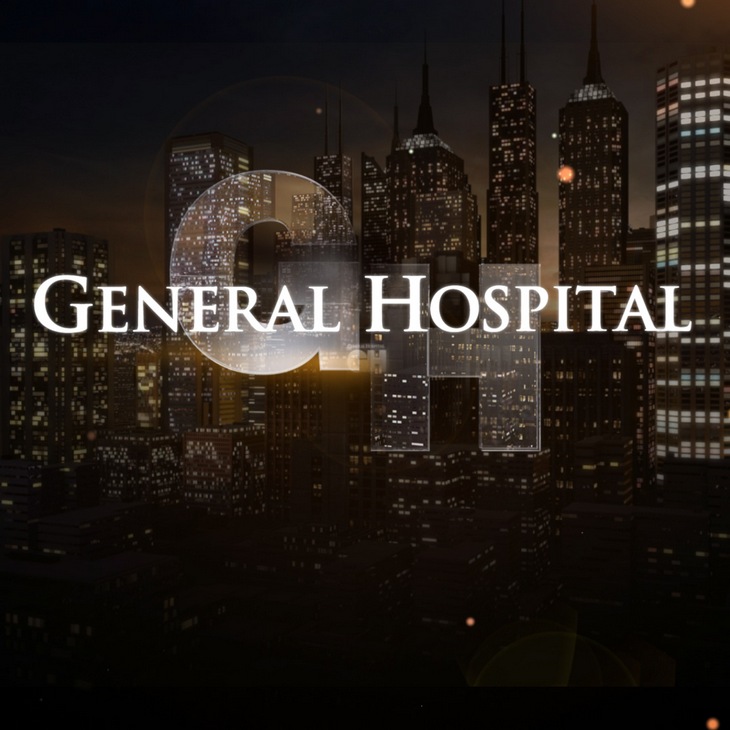 Hollywood Hiccups has dug up these hot ‘General Hospital’ spoilers for Monday’s episode on July 6, 2015.

The fireworks in the sky of Port Charles are winding down, but others are just starting to spark and catch fire. Will Dante Falconeri [Dominic Zamprogna] and Valerie Spencer [Brytni Sarpi] heat things up? Dante is very upset about Lulu Spencer’s [Emme Rylan] “cheating” and Valerie is upset reminiscing about her dead mom. They turn to each other for comfort and things will go too far.

And Lulu is up in Canada still with Dillon Quartermaine [Robert Palmer Watkins] and they’re ready to risk a hail of bullets to try and save Luke Spencer [Anthony Geary] and Laura Spencer [Genie Francis]. But just as they come up with a half-baked plan to save them, there’s gunshots and they assume the worst. But Luke and Laura will get away safely.

‘General Hospital’ rumors indicate that it may be Holly Sutton [Emma Sams] who came riding back to the rescue. Remember she left with son Ethan Lovett [Nathan Parsons] who was shot, but it was just a flesh wound and Holly promised to kill the man who took her son. Also, spoilers indicate Holly will shoot someone this week and who better than the nefarious Frank Smith to take a bullet?

In an interesting twist, Sam Morgan [Kelly Monaco] and Jake Doe [Billy Miller] end up watching the fireworks with Danny Morgan having no idea that they’re a family unit who should always be together. They discuss how they can take down Nikolas Cassadine [Tyler Christopher] and get back ELQ. One thing they know is they can’t tell Patrick Drake [Jason Thompson] or Liz Webber [Rebecca Herbst].

Since Patrick and Liz are BFFs and Liz and Nik are BFFs, if Sam and Jake tell their lovers what they’re up too, Nik will find out they’re gunning for him and they can’t have that. So Sam and Jake agree to keep their activities on the down low. Liz will ask Nik if it’s time to reveal the Jake as Jason secret now that he’s got ELQ but Nik tells her she’ll lose Jake the moment she blabs, so she won’t, for now.

Denise DeMuccio [Maura West] confesses to Franco [Roger Howarth] that she’s really Ava Jerome. After he gets past his shock, Ava makes Franco an offer – a baby for a lady. Essentially, Ava wants Franco’s help getting access to Avery (or maybe stealing Avery away) and she’ll help him steal Nina Clay [Michelle Stafford] away from Ric Lansing [Rick Hearst].

Franco will be intrigued, but he may extract a promise that Ava/Denise keep her lips and body off of Morgan Corinthos [Bryan Craig] as part of the deal. No matter what Ava says, she and Morgan will be getting horizontal soon, but Ava will tell Franco what she has to in order to secure his help since she can’t take on Sonny Corinthos [Maurice Benard] alone. Good things Franco hates Sonny!

Silas Clay [Michael Easton] is upset about Ava’s shenanigans and wonders how he can get her out of town without breaking Kiki Jerome’s [Hayley Erin] heart. He runs into Nina who asks why he’s upset and they talk about their woes. Nina is upset about mom Madeline Reeves [Donna Mills] being out of jail and her new hubby Ric not sleeping with her. They ex spouses will commiserate for a bit.

Don’t miss Monday’s show – so much going on! And be sure to check back with Hollywood Hiccup often for more ‘General Hospital’ spoilers, casting news, rumors and more.