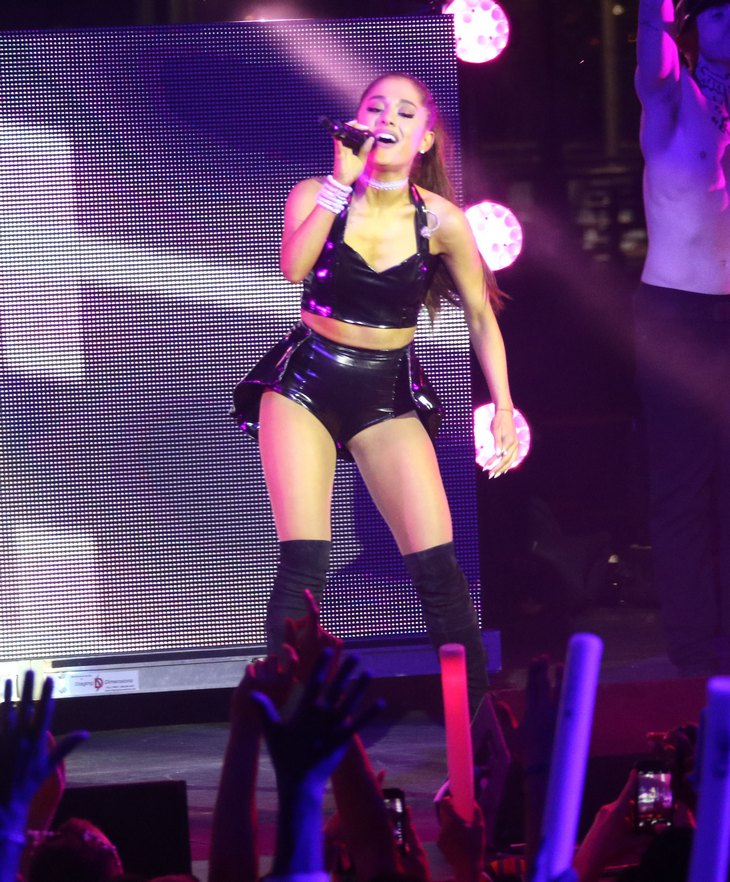 Ariana Grande dating rumors are always popping up and linking her to mega stars like Justin Bieber and Niall Horan. The pint-sized diva does have a new boyfriend, but it is nobody that you would have ever guessed. J-Lo and Casper 2.0 have arrived! According to a new report, and some pretty disturbing security video footage – Ariana Grande is dating her back-up dancer, Ricky Alvarez.

TMZ obtained a crystal clear security video clip from Woofie’s Donuts in California, which shows Ariana Grande and her new boyfriend Ricky Alvarez stopping by for some tasty treats. The security camera caught them on tape making out, with no shame in their game. Then, this is where it gets weird. When the employee stepped away from the counter, Ariana and her boyfriend began licking the donuts that were set out for sale.

So, if you stopped by Woofie’s Donuts on Sunday July 5, there is a good chance you ate some of Ariana Grande’s spit. If you are a super fan, then you are probably thrilled – but the rest of us are totally grossed out.

Ironically, Ariana Grande’s donut-licking PDA session came just a few days after it was revealed that her concerts are tanking and they have cut the price of tickets down to a mere $16 just to try and fill the seats so that she is not singing to an empty crowd. So, obviously we are all wondering if she is really dating Ricky Alvarez, or if this is all part of some sort of desperate publicity stunt to give her career a much-needed boost.