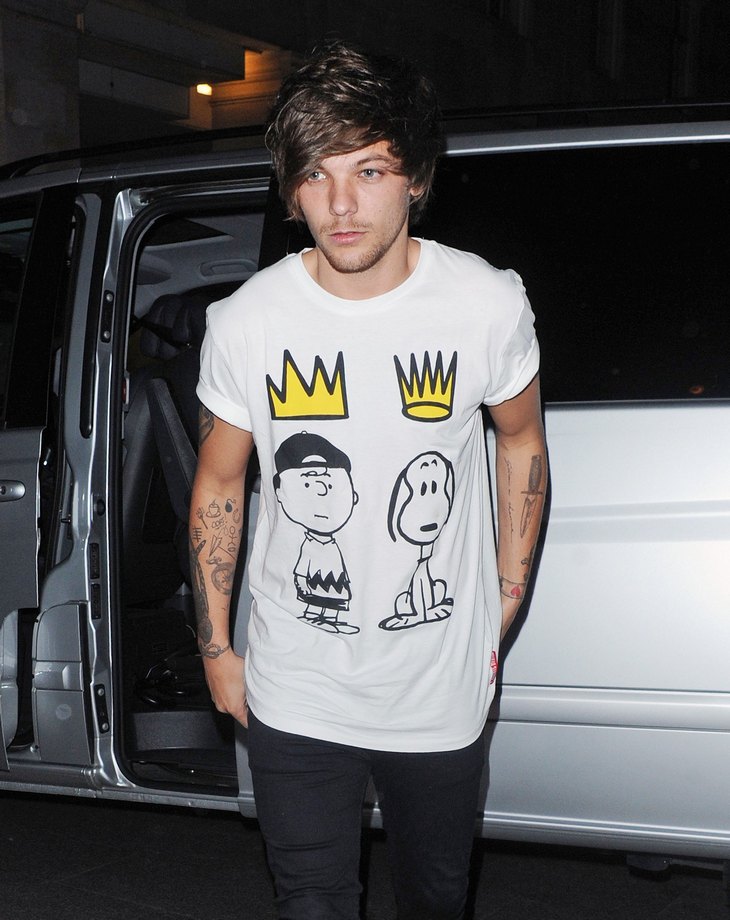 We knew it was only a matter of time before One Direction babies began popping up all over the world – after all it’s not like the 1D guys have any problems with the ladies. So, which one of the boy band sensations has a baby on the way and is going to be a dad? None other than heartthrob Louis Tomlinson!

People Magazine is confirming that Louis Tomlinson and his “friend” Briana Jungwirth are indeed expecting their first child together, and yes they are stressing that Louis and Briana are just friends – who happened to have conceived a child and they are not dating or in a serious relationship. Apparently Briana is a Los Angeles based stylist who met Louis through their mutual friends, and it sounds like they definitely hit it off when they were introduced.

People Magazine’s inside source dished, “Louis and Briana care about each other very much and have spent a lot of time together privately over the last few months. They are both really happy and although they aren’t in a relationship, their friendship is extremely strong and they are both really excited about the baby. It’s early days and Briana and the baby’s health are the most important things right now.”

And yes, millions of teenaged girls who’s goal in life was to have Louis Tomlinson’s baby are truly devastated – they all took to Twitter to curse out the One Direction singer for this ghastly betrayal. It will definitely be interesting to see how Briana and Louis navigating coparenting at such a young age, when they aren’t even together. What do you think about the One Direction baby news? Let us know in the comments below!