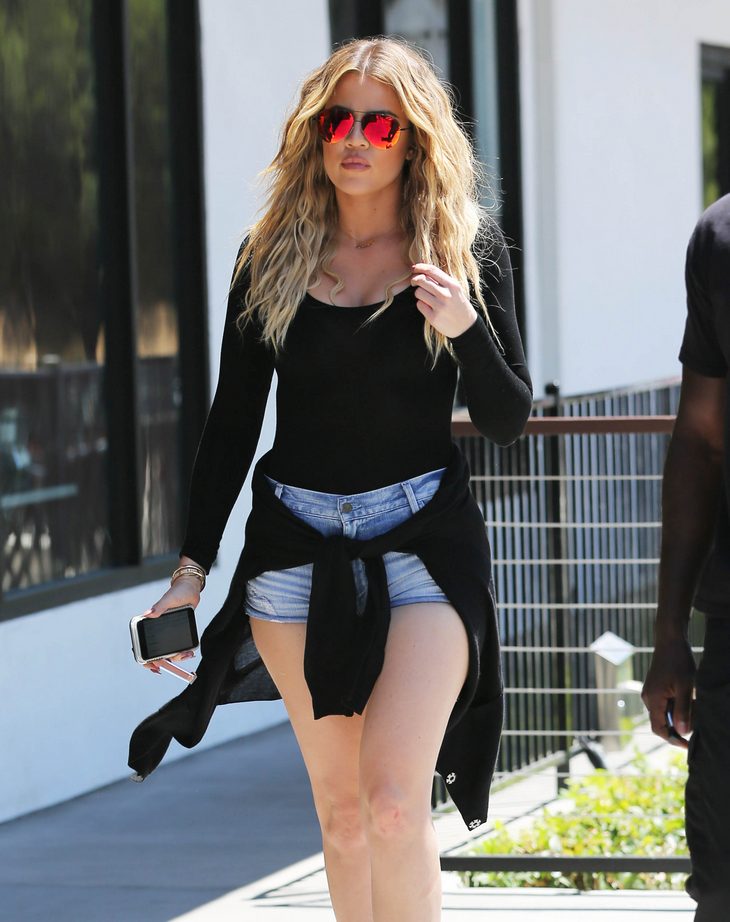 Khloe Kardashian’s dreams of becoming a mother may finally be coming true. Khloe has informed her family and loved one’s that she is ready to be a mother even if she has to weather it alone. Khloe Kardashian, 31, was married to Lamar Odom and split in 2013. During her marriage she was very vocal on wanting to start a family quickly, but her dreams got demolished by infertility issues and the painful demise of her marriage.

Khloe had to sit back and watch her sister’s Kim Kardashian West and Kourtney Kardashian enjoy the joy’s of being mothers while she plays the doting aunt, and not that she minds! She loves her nieces and nephews to bits, but wants her own. Khloe right now realizes she doesn’t need a relationship to have a baby. It is no secret that many big name stars are doting single mothers and have actually been inspiring Khloe to go it alone and move forward with her baby plans.

Some of the names encouraging Khloe are January Jones, Sandra Bullock and Minnie Driver. I would not be surprised if Kourtney was also standing behind her due to her current situation; being a single mother now. Should Khloe go ahead with her plans she and sister Kim will have babies close in age? After her separation from Lamar, Khloe was linked to French Montana, a rapper under Sean “Diddy” Combs label. Their relationship has been on and off again.

Recently, she has been linked to James Harding, 25, of the Houston Rockets, over the 4th of July weekend. They were seen getting cozy with one another. Reports recently surfaced recently that James Harding was linked to Australian model Rochelle Relf, 23, after a Hawaiian vacation with Khloe. Kudos for Khloe going it alone, and it is not unheard of in this day and age. Kardashian is set and can handle the pressure of being of a single parent and she has a great support system in her family.

In my opinion, I feel Khloe should get divorced from Lamar before she ventures into single parenthood. Will it be French Montana or will it be James Harding or will she simply opt for sperm donors?